DiscoverLast Podcast On The Left

Last Podcast On The Left

The Last Podcast On The Left covers all the horrors our world has to offer both imagined and real, from demons and slashers to cults and serial killers, The Last Podcast is guaranteed to satisfy your blood lust.
792 Episodes
Reverse

It's UFO time and this week the boys are connecting the dots in the trickle of soft disclosure, digging into a piece of UFO history dubbed "Roswell before Roswell" with the 1945 crashing of an avocado shaped ship just 100 miles from the famous UFO capital of New Mexico, The Trinity UFO Crash.

Side Stories: Death by Kite

Ben 'n' Henry bring you this week's weirdest stories and true crime news including a Murdaugh Murder family update as Alex Murdaugh's trial heats up, chaos in India as over 60 are injured along with 6 deaths in Kite related incidents at popular Kite Festival, friends ironically remembering family annihilator Michael Haight as a good dad despite murdering entire family, the Florida woman who claimed her crack pipe was a sex toy, the priest who went to hell, a true hero of the week, listener emails, and MORE!

This week the boys conclude the story of The Troubled Teen Industry leading up to the modern age of the Industry as well as the story of Joe Ricci and the Murder of Martha Moxley.

The boys continue the series on The Troubled Teen Industry, shifting our focus towards the 1950's Santa Monica based drug rehabilitation attack therapy program turned cult, Synanon and the story of Charles E. Dederich.

It's a brand new year and the boys are back! So buckle up because we're kicking it off with a rough one as we break down America's controversial residential behavior modification programs better known as The Troubled Teen Industry, this week focusing in on the highly controversial Elan School.

Side Stories: The Moscow Murderer

Ben, Henry, and Marcus sit down with renowned comic book writer James Tynion IV (Something is Killing the Children, The Nice House on the Lake, The Department of Truth, Batman, Powers...) to discuss his new Dark Horse series "Blue Book", his research on The Betty and Barney Hill case, the inspiration behind "The Department of Truth", writing in the world of Batman, as well as a sneak peek at the upcoming Last Podcast x Dark Horse project "Operation Sunshine". 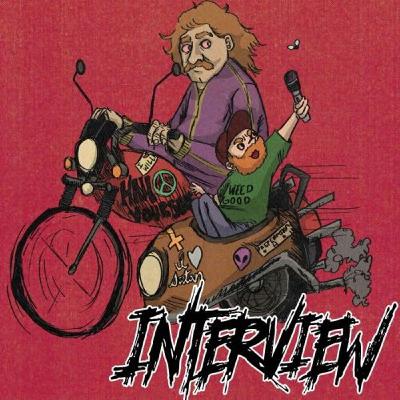 The United States of Cryptids: A Conversation with J.W. Ocker

The holiday season is upon us once again so it's time for a Christmas themed Relaxed Fit as the boys breakdown the disturbing Christmas Eve slayings of Bruce Pardo and the Covina Massacre, as well as a few classic Roundtable style tales of Holiday Hijinks to help you through the long holiday weekend.

Ben 'n' Henry bring you this week's weirdest stories and true crime news including scientists discovering the snake clitoris, Ontario Bigfoot sightings, the Human heart found in a Tennessee Department of Transportation salt barn, Hippopotamus “swallows” a two year old boy, then tosses him back in Uganda, Earliest known narrative has been discovered in Turkey; man holding his penis surrounded by leopards, tales from an online creep hunter, listener stories, Hero of the Week, and MORE!

Episode 516: The Pennsylvania UFO Bigfoot Invasion of 1973 - The Double Flap

It's time for the cross-over event of the year... This week the boys bring you the story of The Pennsylvania UFO Bigfoot Invasion of 1973, a "double flap" of bizarre incidents involving UFO's, Bigfoot, and a series of other unexplainable events that left citizens baffled, wondering: is Bigfoot flying these UFO's or is he part of a bigger experiment being performed by otherworldly beings?

Side Stories: The Reverse Episode

Ben 'n' Henry bring you this week's weirdest stories and true crime news including a helpful hero of the week who's a very good boy, TGI Friday's in hot water for selling cheddar based "mozzerella stick snacks", a cheese infused auto-erotic asphyxiation incident in Germany, Chicago Police Officer accused of urinating in Ice Machine in Florida, To The Stars Academy's Jim Semivan claims aliens are living amongst us, The Berkley Boom, The Seneca Guns, Oumuamua makes a mysterious exit, police struggling to connect the dots in the Idaho Co-Ed Murders, Widow of man who captured Giant footage takes to TikTok, Woman who claimed father was serial killer might face charges herself, and MORE!

The boys return to conclude the story of Jack Parsons, focusing on his post-Thelema life and his final days leading up to his untimely "accidental" death doing the one thing he truly loved - blowing things up.

Side Stories: How to Get Rid of Tapeworms

This week the boys reach part three in the story of Jack Parsons, as Jack's rituals intensify, his new lifestyle begins to backfire, finding himself fighting for his wife's attention in a love triangle with the notorious founder of Scientology himself, L. Ron Hubbard.

Ben 'n' Henry bring you this week's weirdest stories and true crime news including the Idaho Co-Ed murders, a Murdaugh Murder Family Update, the Florida woman suing Velveeta for over false information on labels, the return of the rag doll husband, Hero of the Week, listener e-mails, and MORE!

Had to google "young Nancy Reagan". She was ok, but the young Ronald looked like TED BUNDY. #serialkillerpresident #LPOTL

Any drunk person is a ping pong enthusiast.

NarcAnon is *technically* secular, but it is based on Scientology beliefs.

Marcus nailed it. January 2016 after Bowie died. Everything is different since then.

henry waking up at 7am to buy $2500 shoes. arent you glad you send him that patreon money?!

First time listener and I must say, this is quite the collection of soy sipping dipshits! You could not adhere to the gov playbook of steering a narrative away from the truth then what this emasculated collection of little men did right here... Good day

I wish more people would realize that the PNW isn't empty. there are literally millions of people between Seattle and Vancouver. Washington has a massive army base/practice range. almost all other forest is separated into cut blocks that are logged on a 20 year or so rotation. all the infrastructure, security including gates and webcams/huntercams for that logging industry. then there is exploratory gas and mineral exploration, hunters, mushroom scavengers, salal cutters for your flower bunches, more than 20 First Nations etc. don't forget all the hikers and campers and mountain climbers, all of which aren't having daily encounters with sasquatch. there is NOT room for a relic hominid. supernatural Bigfoot on the other hand, is completely possible. give it up with the PNW hominid explanation please for the love of God

I wouldn't drink free Budweiser if you paid me. American beer is unbearable!

Bed Bath and Beyond the grave

the Mandela effect provides strong evidence of the profound ignorance of Americans when it comes to global events, not paranormal activity

The McGangbang is a spicy McChicken placed between the patties of a double cheeseburger. No fish involved. That would be a McNavy SEAL (McFish with a cheeseburger patty and a McChicken patty added in), so named because of its mastery of sea, air, and land.

I can't wait for Episode 700: Murder Birds - A Group of Crows