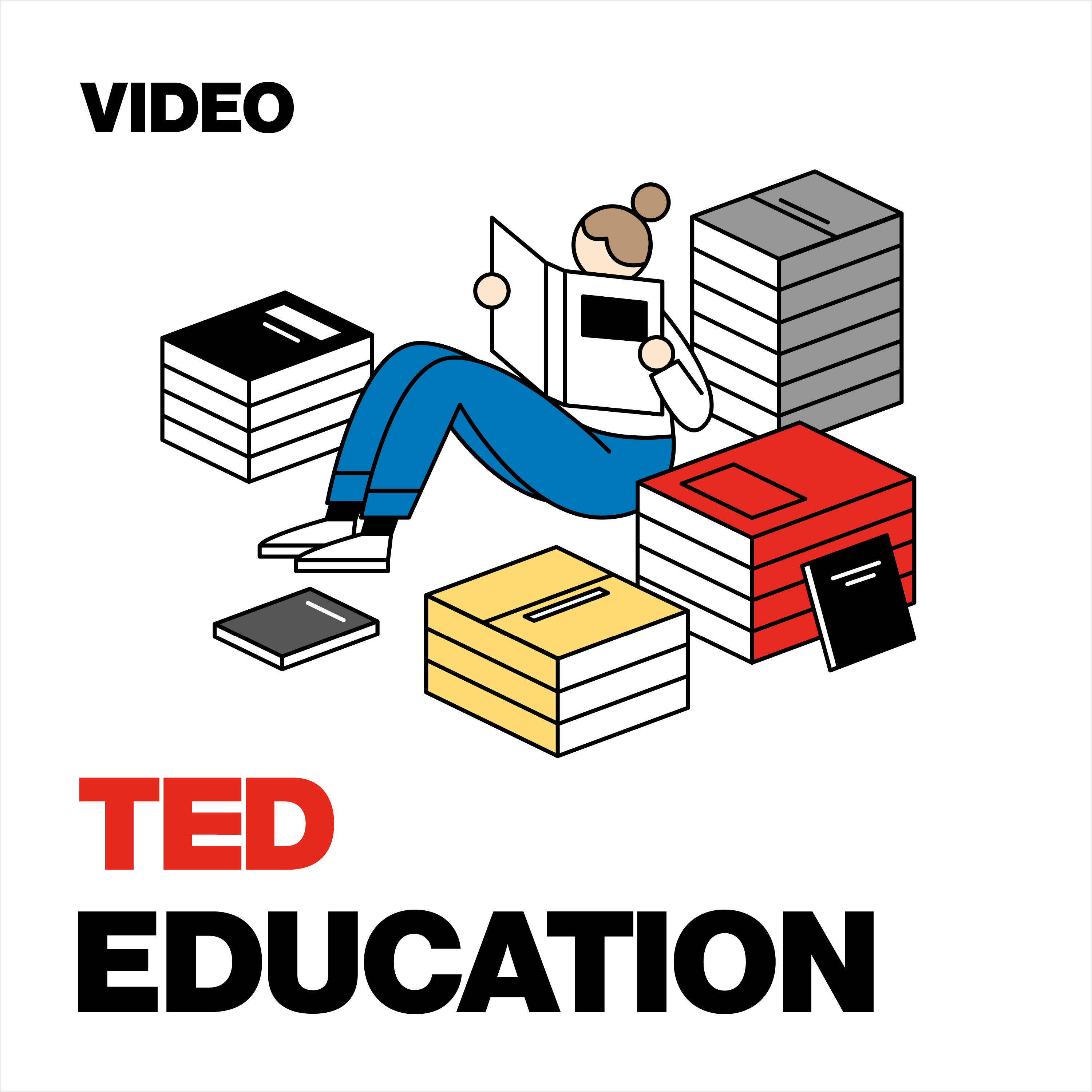 What should future schools look like? How do brains learn? Some of the world's greatest educators, researchers, and community leaders share their stories and visions onstage at the TED conference, TEDx events and partner events around the world. You can also download these and many other videos free on TED.com, with an interactive English transcript and subtitles in up to 80 languages. TED is a nonprofit devoted to Ideas Worth Spreading.
133 Episodes
Reverse 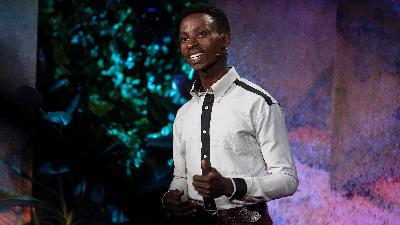 The board game getting kids excited about school | Joel Baraka

Going to school in a refugee camp can be complicated: students encounter crowded classrooms, rigid curricula and limited access to teachers. Joel Baraka, who grew up in the Kyangwali refugee camp in Uganda, is determined to change that for the better. He shows how educational board games can be a fun and effective way to improve access to learning and help kids thrive in and out of school. 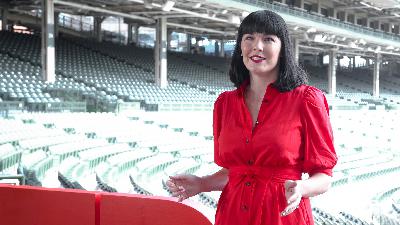 A little bit of playtime can have big benefits for a child's developing brain, like a superfood -- but adult participation is a crucial ingredient for best results. Early-education leader Jesse Ilhardt makes the case for you to put down the phone, pick up the make-believe tea cup (or that blanket-superhero cape) and take the time to experiment with imagination during kids' most formative learning years. 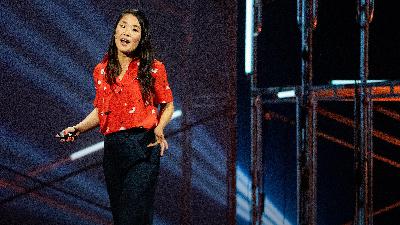 The most powerful yet overlooked resource in schools | Heejae Lim

"When teachers and families work together, everyone wins," says education technology entrepreneur and TED Fellow Heejae Lim. She shines a light on an underutilized resource in US public education -- a family's love for their children -- and shows that, with the right tools and tech, schools can remove language barriers, foster meaningful connections and help every student thrive.

How schools can nurture every student's genius | Trish Millines Dziko

Forget home economics and standardized tests, education visionary Trish Millines Dziko has a much more engaging and fulfilling way for students to develop real-world skills. Get schooled by Dziko as she shares how project-based learning can transform public education and unlock genius for the next generation of critical thinkers, problem solvers, ideators and leaders. 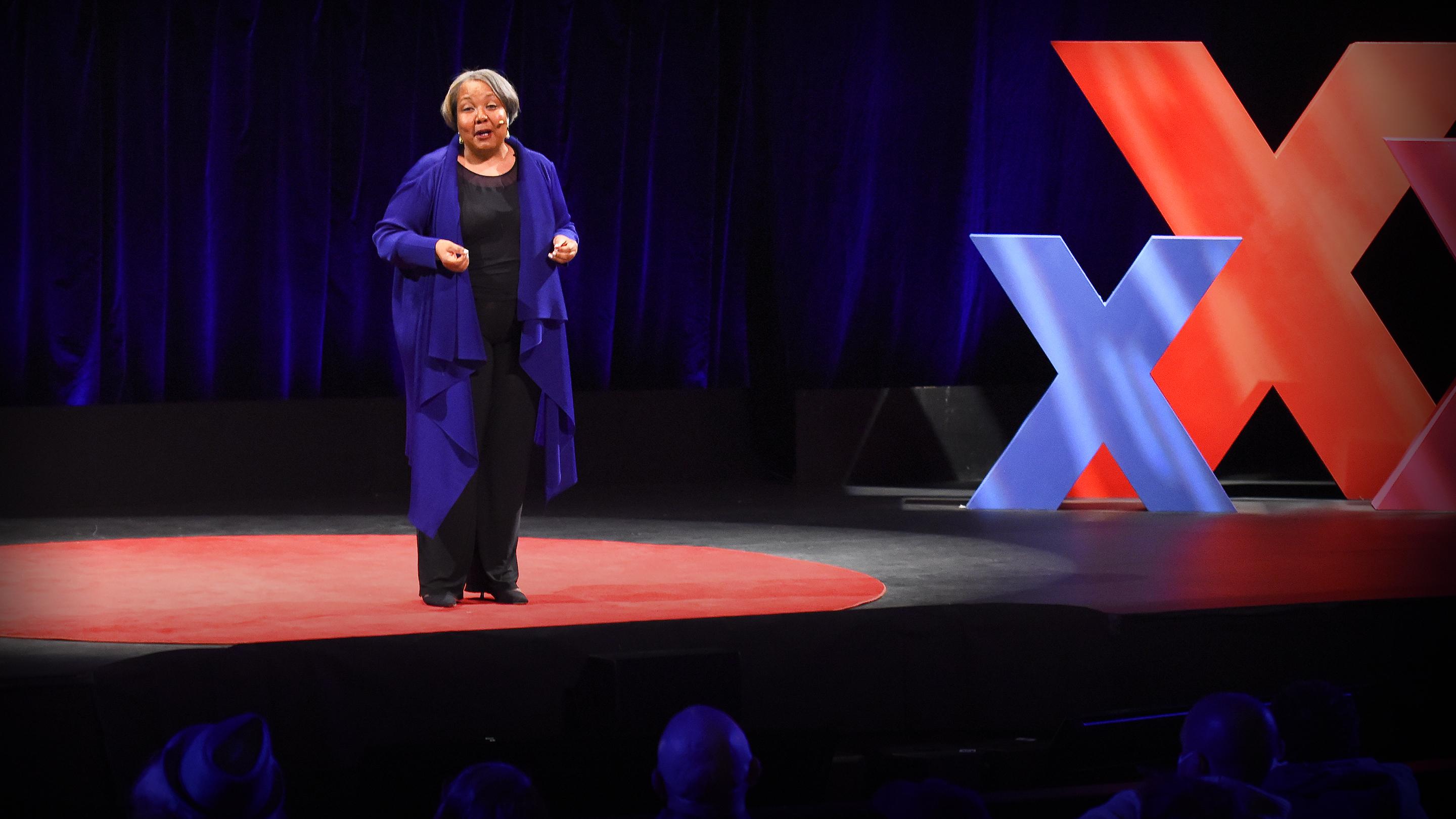 The mission to safeguard Black history in the US | Julieanna L. Richardson

Black history in the US is rich, profound -- and at risk of being lost forever, if not for the monumental efforts of Julieanna L. Richardson. As the founder of The HistoryMakers -- the largest national archive of African American video-oral history -- Richardson shares some of the unknown and incredible legacies of Black America, highlighting the importance of documenting and preserving the past for future generations. 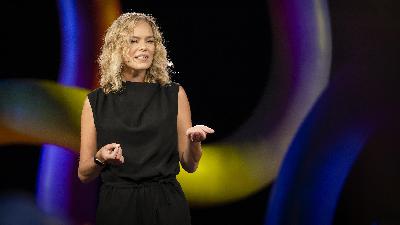 What Wikipedia teaches us about balancing truth and beliefs | Katherine Maher

Even with public trust at an all-time low, Wikipedia continues to maintain people's confidence. How do they do it? Former CEO of Wikimedia Foundation Katherine Maher delves into the transparent, adaptable and community-building ways the online encyclopedia brings free and reliable information to the public -- while also accounting for bias and difference of opinion. "The seeds of our disagreement can actually become the roots of our common purpose," she says. 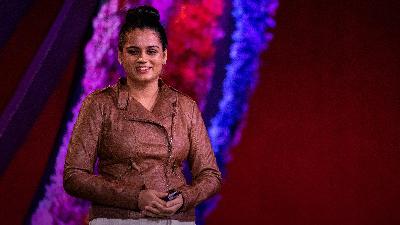 My long walk across India for women's freedom | Srishti Bakshi

There are 600 million women in India -- yet they are rarely seen outdoors after sunset because of safety concerns like harassment and catcalls. On a mission to create safer public spaces, women's rights advocate Srishti Bakshi talks about how she embarked on a 2,300-mile walk across the length of India (a distance equivalent to traveling from New York City to Los Angeles), conducting driving workshops to empower women's mobility across the country. "The more women see other women in public spaces, the more safe, independent and empowered each of us will be," Bakshi says. 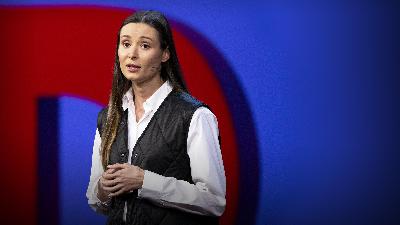 The Russian invasion of Ukraine has destroyed so much -- including hundreds of schools, where the country's children were forging their futures -- but it has not stopped Ukrainians from pursuing knowledge and curiosity. In a deeply moving talk, education leader Zoya Lytvyn shares her first-hand experience evacuating Kyiv and takes us inside the ongoing effort to continue educating children amid war and destruction. "As long as our children keep learning and our teachers keep teaching -- even while they are starving in shelters under bombardment, even in refugee camps -- we are undefeated," she says. 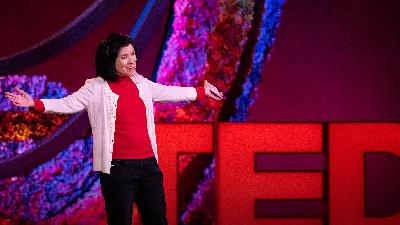 The creativity and community behind fanfiction | Cecilia Aragon

The wildly diverse, thoughtful and hilarious world of fanfiction -- where writers reimagine favorite stories like "Harry Potter," "Pokémon," "My Little Pony" and more -- is ever-growing and becoming a vital social and learning tool. Author, professor and fanfiction writer Cecilia Aragon has observed how this incredible outlet for creativity encourages and empowers young people to embrace their imagination. Detailing her research into the vast online fanfiction community, Aragon shares its potential to foster a sense of belonging, strengthen writing skills and shape the future of literature. 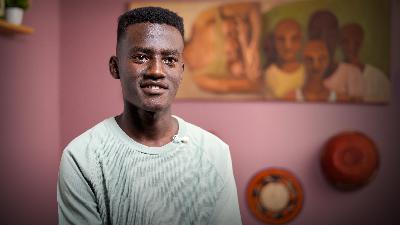 Education is a fundamental right for every child | Makhtoum Abdalla

For children growing up in refugee camps, education is a powerful tool of liberation. In this inspiring talk, Makhtoum Abdalla, displaced as a child in Sudan and now living with his family in the Otash camp in Darfur, shares his biggest dream: to ensure all children are educated and taught the skills needed to become "captains of their destiny."

Less than seven percent of people worldwide have a bachelor's degree -- and for many, this is simply because the cost of university is too high, says higher education executive Adrian K. Haugabrook. In this barrier-breaking talk, he introduces an innovative approach to expanding access to higher education by driving down costs and rethinking three key things: time, place and how we learn. 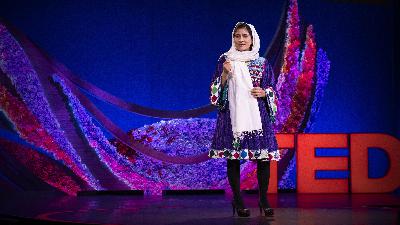 The dream of educating Afghan girls lives on | Shabana Basij-Rasikh

In this deeply moving talk, educator Shabana Basij-Rasikh shares the harrowing story of evacuating more than 250 students, staff and family members from the School of Leadership, Afghanistan (SOLA) -- the country's first and only all-girls boarding school -- to Rwanda after the Taliban took power in 2021. An exceptional story of hope, resilience and dreaming big for future generations of Afghan girls -- and a challenge for the world to not look away. 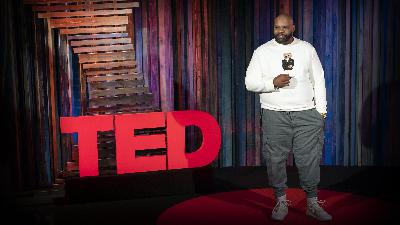 A program to empower Black teachers in the US | Larry Irvin

TED Fellow and education innovator Larry Irvin envisions a world where every child can see themselves reflected in their teachers. With his team at Brothers Empowered to Teach, Irvin is providing pathways to careers in education for Black men, who currently make up less than three percent of all teachers in the US -- offering training, personal and professional development and job placement. He shares how their holistic, people-centered approach is changing education. 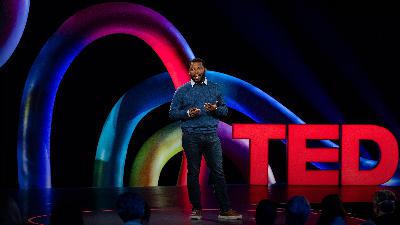 Childcare needs a transformation -- but rather than investing billions in new buildings and schools, what if we could unlock the potential of people already nearby? Entrepreneur Chris Bennett offers an innovative way to tackle the shortage of childcare worldwide and connect families to safe, affordable and high-quality options in their own communities. 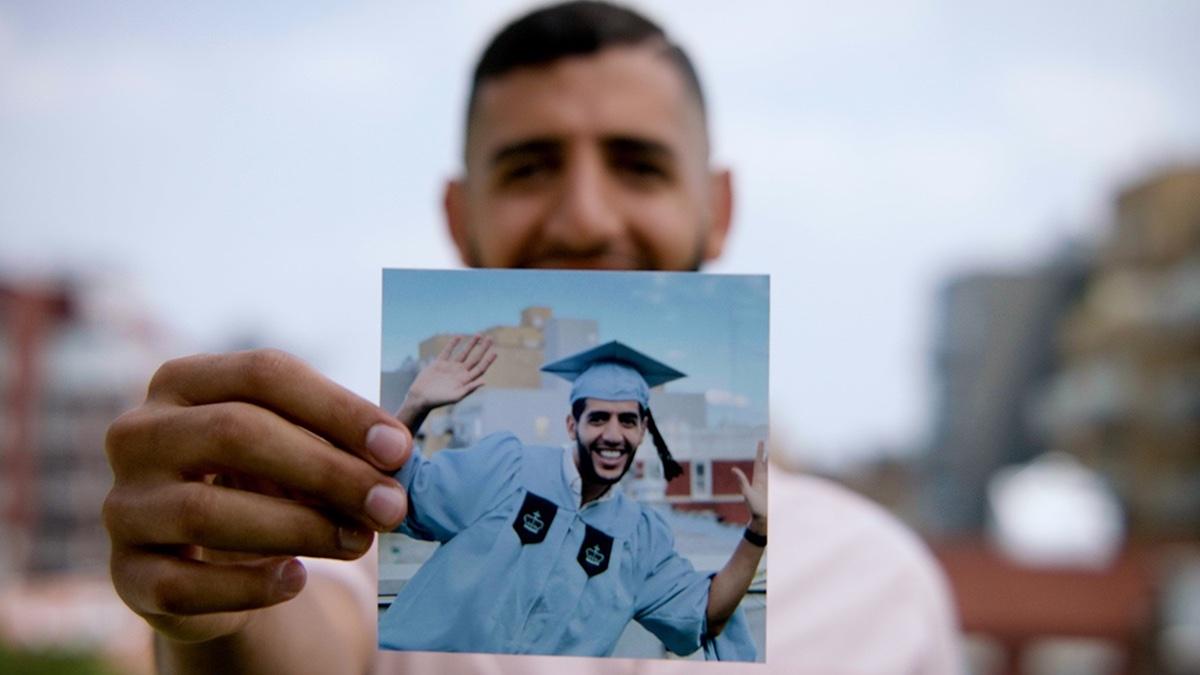 The small business hustle | The Hartford

Karim Abouelnaga is a TED Fellow and founder and CEO of Practice Makes Perfect, a summer school opportunity that helps narrow the education gap for low-income children. Through his work, Karim shows how small business owners can have a big impact. 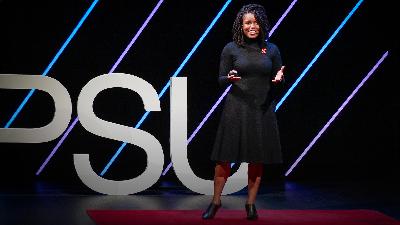 Racism morphs, spreading and hiding behind numerous half-truths and full-blown falsities about where it lives and who embodies it. In this actionable talk, political scientist Candis Watts Smith debunks three widely accepted myths about racism in the US and calls for a nuanced, more expansive definition to support this new era of anti-racist action. 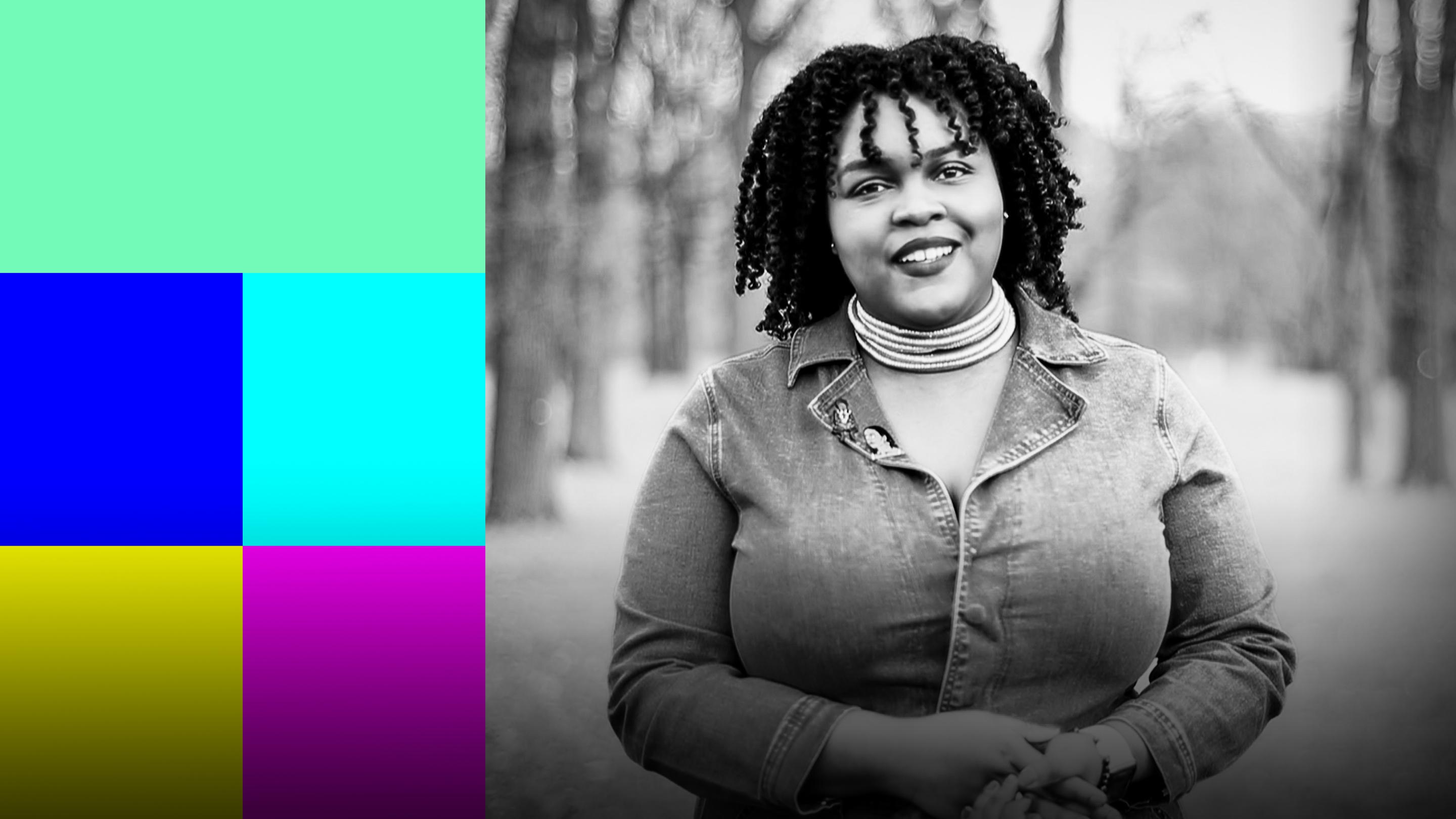 Dirt biking is more than just a pastime -- it's an opportunity to disrupt the cycle of poverty and provide enriching STEM education, says TED Fellow Brittany Young. In this perspective-shifting talk, she shares how her team is working with students and street riders to create safe spaces, transferable skills and community. 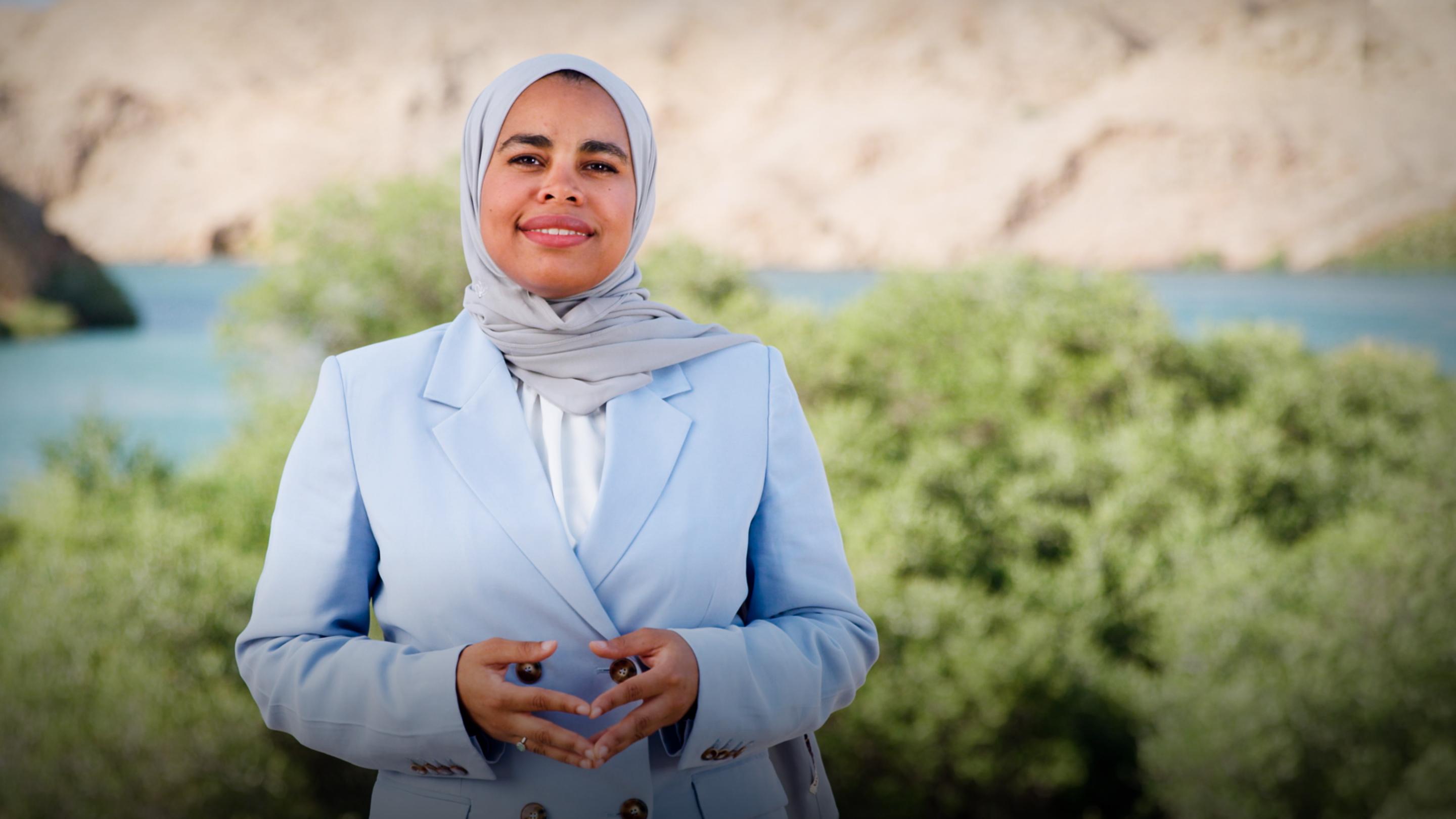 Women and girls, you are part of the climate solution | Rumaitha Al Busaidi

What does gender equality have to do with climate change? A lot more than you might think. Empowering women and girls around the world is one of the most important ways to combat carbon pollution and is projected to reduce CO2-equivalent gases by a total of 80 billion tons. Entrepreneur, scientist and TED Fellow Rumaitha Al Busaidi looks at why women are more likely to be impacted and displaced by climate catastrophes -- and explains why access to education, employment and family planning for all women and girls is the key to our climate future. 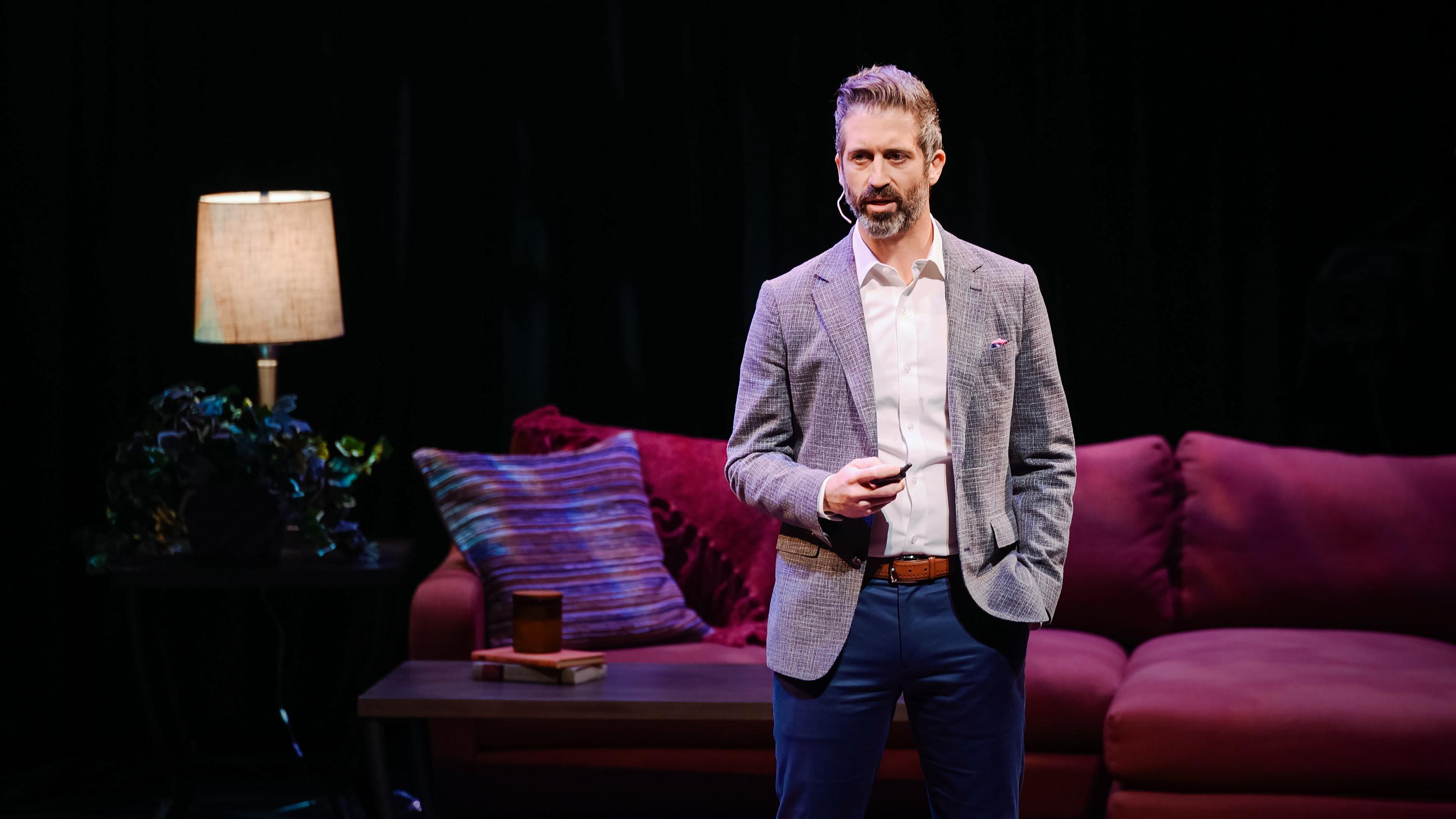 The exploitation of US college athletes | Tim Nevius

Colleges and universities in the US make billions of dollars each year from sports, compromising the health and education of athletes -- who are disproportionately Black -- in the name of money, power and pride. Sports lawyer and former NCAA investigator Tim Nevius exposes how the system exploits young talent and identifies fundamental reforms needed to protect players. 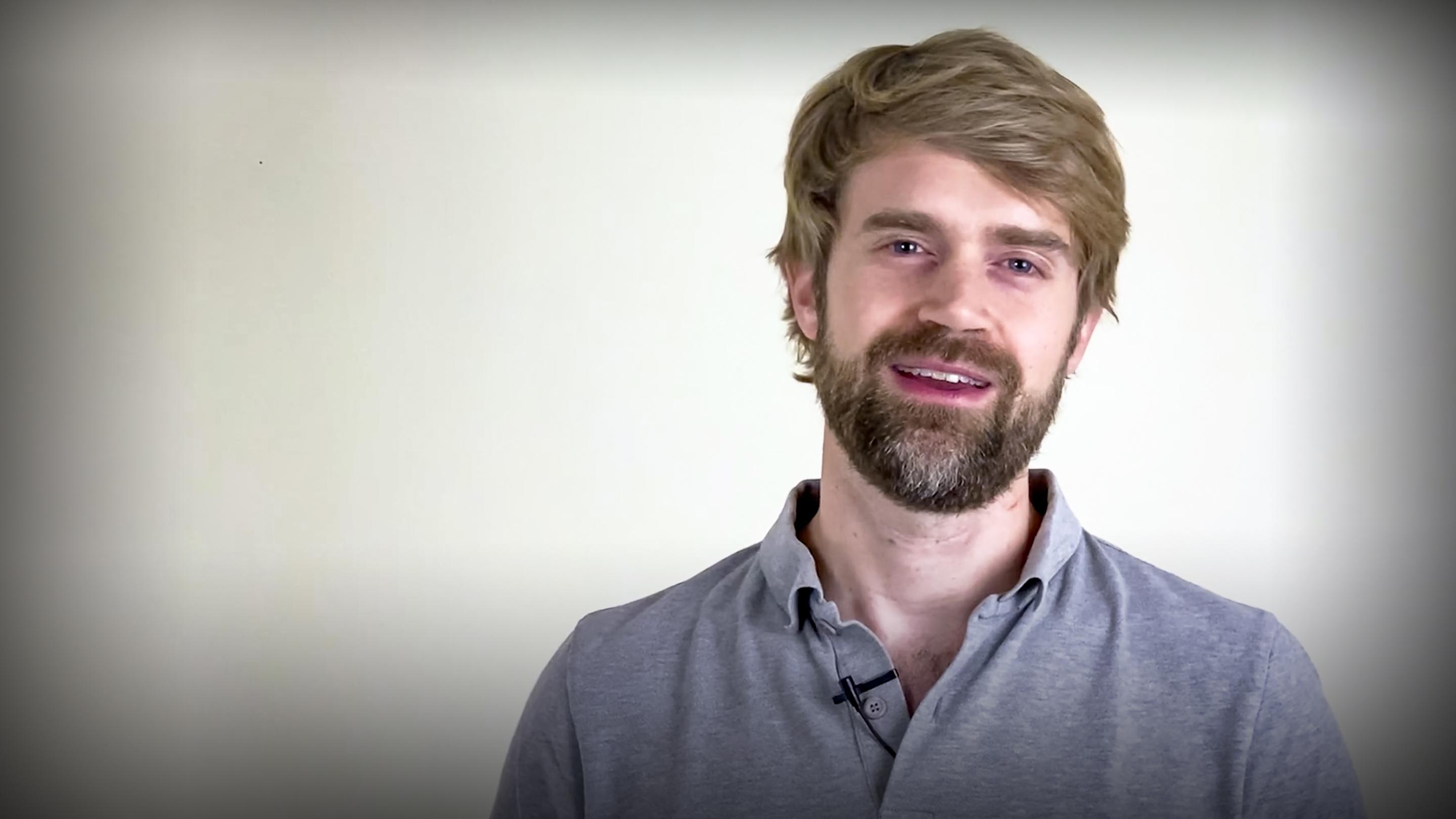 Higher education remains rooted in rigid, traditional structures and tracks -- and it's at risk of getting left behind in favor of expanded access, greater flexibility and tailored learning. Educator Tyler DeWitt explains how innovations in digital content and virtual reality are ushering in the future of learning, emphasizing why academia must adapt to this new reality and embrace an approach to education that works with students' needs -- not against them.
See More
Comments (37)

That’s great! Geocaching could be helpful for the students as well as professionals. The organizers help the target group of people having an aim to let them know to utilize the advanced technology. https://flirtymania.plus/de/p/1319257

That's a nice title I was also looking for the same answer but couldn't find anything but I read a dissertation provided by this website https://writemydissertationforme.co.uk/ they have the best dissertation and I was very impressed by their work and looking forward to seeing more.

It is very important for me to be a versatile person. I want to be a teacher. This is what I'm good at. I also develop my writing skills. because I am also very interested in writing. Sometimes I double-check or edit my work in different services. I find them when I read different reviews. Get more information if you're interested https://www.topwritersreview.com/reviews/samedaypapers/ I have to improve my education all the time, and I know that for many it can be a daunting task. Therefore, students often use various services to write their works.

it's so hard. Unfortunately, learning is always hard. It's good that I can count on the dissertation proofreading service https://www.dissertation-service.org/dissertation-proofreading-services/ this helps me now to improve the quality of my work.

Dear Shabana, your words were really heart touching. We must accept that you are our hero. We salute your parents. Stay Blessed and Spread Education

This really reflects my ownself being not self cofidence about reading slowly . I truly admired someone writing but when other people said that they had finish reading books compare to me . I feel like being left behind . Thank your for your Ted Talk Jacqueline :).

while you provide people free language learning, which is a good idea, language teachers have to quit their job.

Shouldn't the podcast be called TEDucation?

Children before 3 years old shouldn’t be in front of a screen! Play and nature are the keys

blessing by god you believe.

this was such an interesting talk! the part that intrigues me the most is that professors using actual data can see what concept proves to be most difficult for students to understand and perhaps reconstruct the way of teaching that concept. perhaps they can explain it differently or use more examples to improve understanding of the concept. But very interesting talk. I also wonder though if language plays a role. for instance a child learning in India or in Africa having the lecture transcribed into their own native tongue affects the level of understanding.