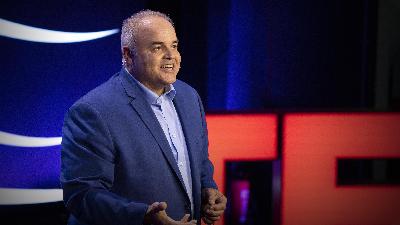 When he learned of the threat that rising sea levels posed to his coastal hometown of Miami, Florida, eco-artist Xavier Cortada founded a movement around beautifully designed elevation markers highlighting the risk of flood damage. The collaborative art project quickly mobilized action -- and excited some controversy. Watch as Cortada offers a creative vision of community organizing inspired by art that engages, educates and empowers. 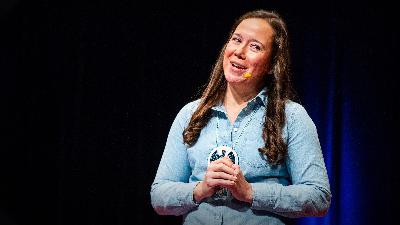 Whose land are you on? What to know about the Indigenous Land Back movement | Lindsey Schneider

Land thrives in Indigenous hands, and there are real, tangible ways you can help return what was stolen by colonizers from tribes across North America. Indigenous scholar Lindsey Schneider addresses the ill-gotten legacy of settler colonialism with an introduction to the Land Back movement: the push to return stewardship of the Earth to its rightful guardians and restore balance to ecosystems for generations to come. 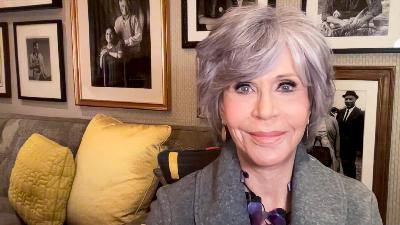 How to transform your climate concern into action | Jane Fonda

Actor and activist Jane Fonda discusses her frontline work fighting for climate action, including recent efforts to support climate-minded candidates running for office in the US and to break the fossil fuel industry's stranglehold on the country's government. Hear why she decided to bring her climate activism into the electoral arena after decades of marching, protesting and civil disobedience -- and how anybody can join in and stand up for change. (This conversation, hosted by TEDWomen Editorial Director Pat Mitchell, was recorded on October 26, 2022.) 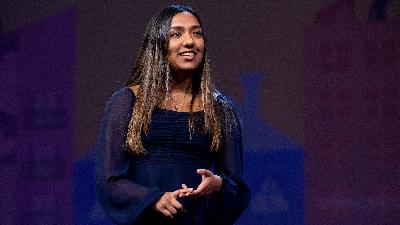 Youth leader Shreya Joshi diagnoses a key source of political polarization in the US and shows why having "uncomfortable conversations" with people you disagree with is crucial to bridging the divide. "When we are able to recognize what unites us, it becomes so much easier to have conversations about what divides us," she says. 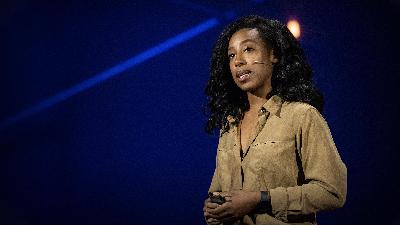 How to revitalize a neighborhood -- without gentrification | Bree Jones

The housing market can be vexing: while some neighborhoods get ridiculously expensive and price out longtime residents, others have historic homes sitting vacant without demand. Equitable housing developer and TED Fellow Bree Jones shares how she found a way to revitalize neighborhoods experiencing hyper-vacancy while preventing gentrification -- supporting home buyers and transforming communities along the way. 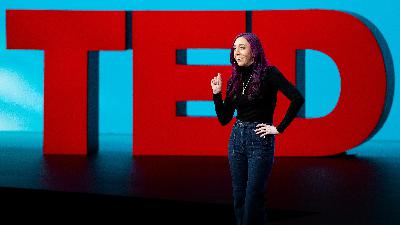 What capitalism gets right -- and governments get wrong | Katherine Mangu-Ward

Is capitalism a good thing? Journalist Katherine Mangu-Ward makes the case that "weirdos" left alone to innovate and explore far-out ideas in a free market system are our best hope for the future. She asks us to reconsider our qualms about capitalism, failure and corporate death, analyzing the recent history of General Motors and Facebook to illustrate why we're better off with a lot less government intervention. 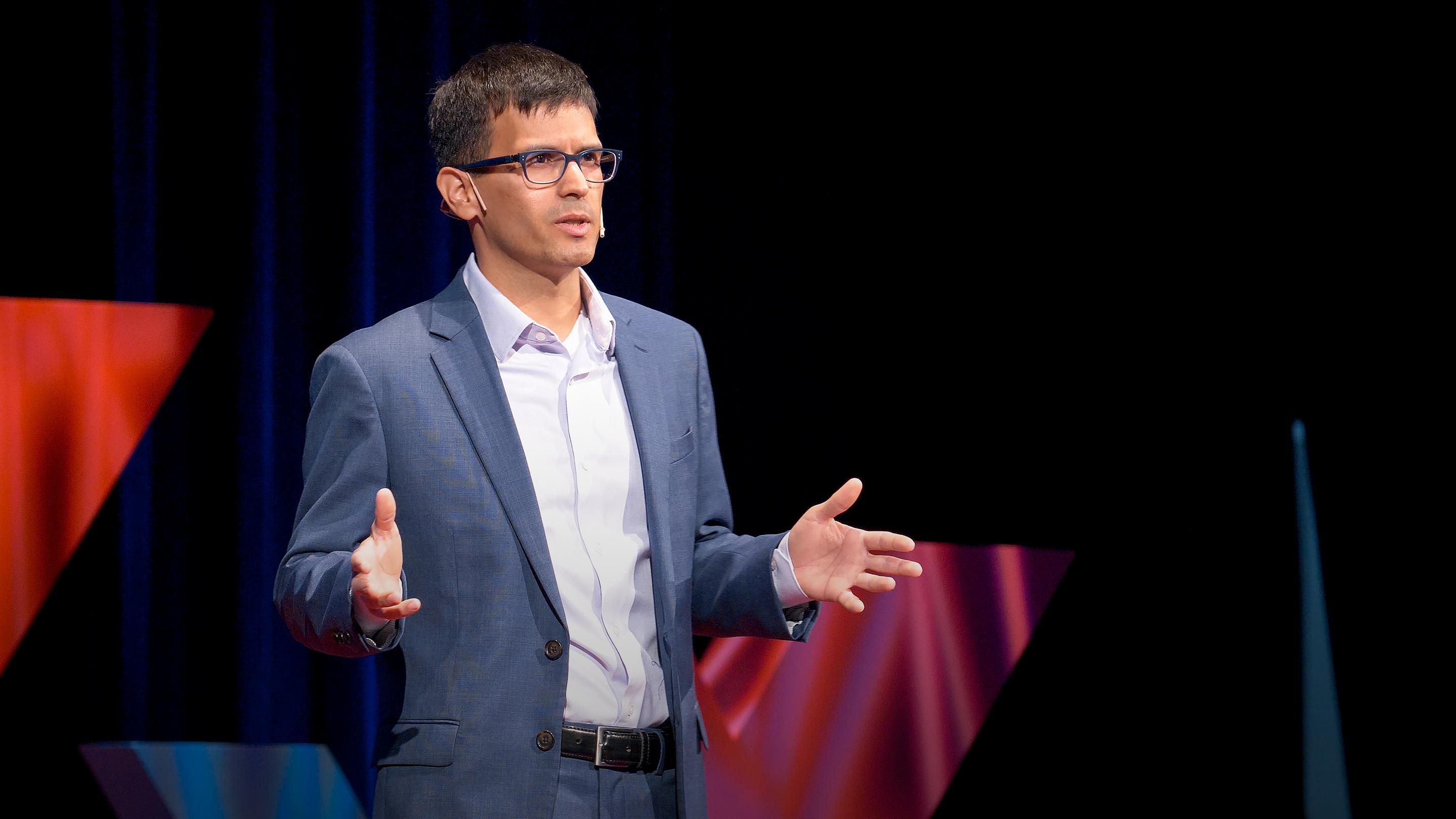 Imagine seeking safety abroad and instead being detained and forced to defend yourself in a high-stakes legal battle — alone. Law professor César Cuauhtémoc García Hernández explains how the asylum process in the US became warped into what we know today and poses a question that could lead the country out of its labyrinthian policies: In place of investing in more steel doors and barbed wire, what if immigration law was infused with support and justice? 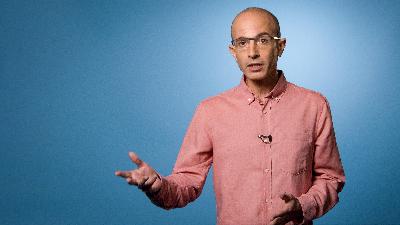 Nobody really knows how much it would cost to avoid the worst impacts of climate change. Yet historian Yuval Noah Harari's analysis, based on the work of scientists and economists, indicates that humanity might avert catastrophe by investing the equivalent of just two percent of global GDP into climate solutions. He makes the case that preventing ecological cataclysm will not require the major global disruptions many fear and explains that we already have the resources we need -- it's just a matter of shifting our priorities. 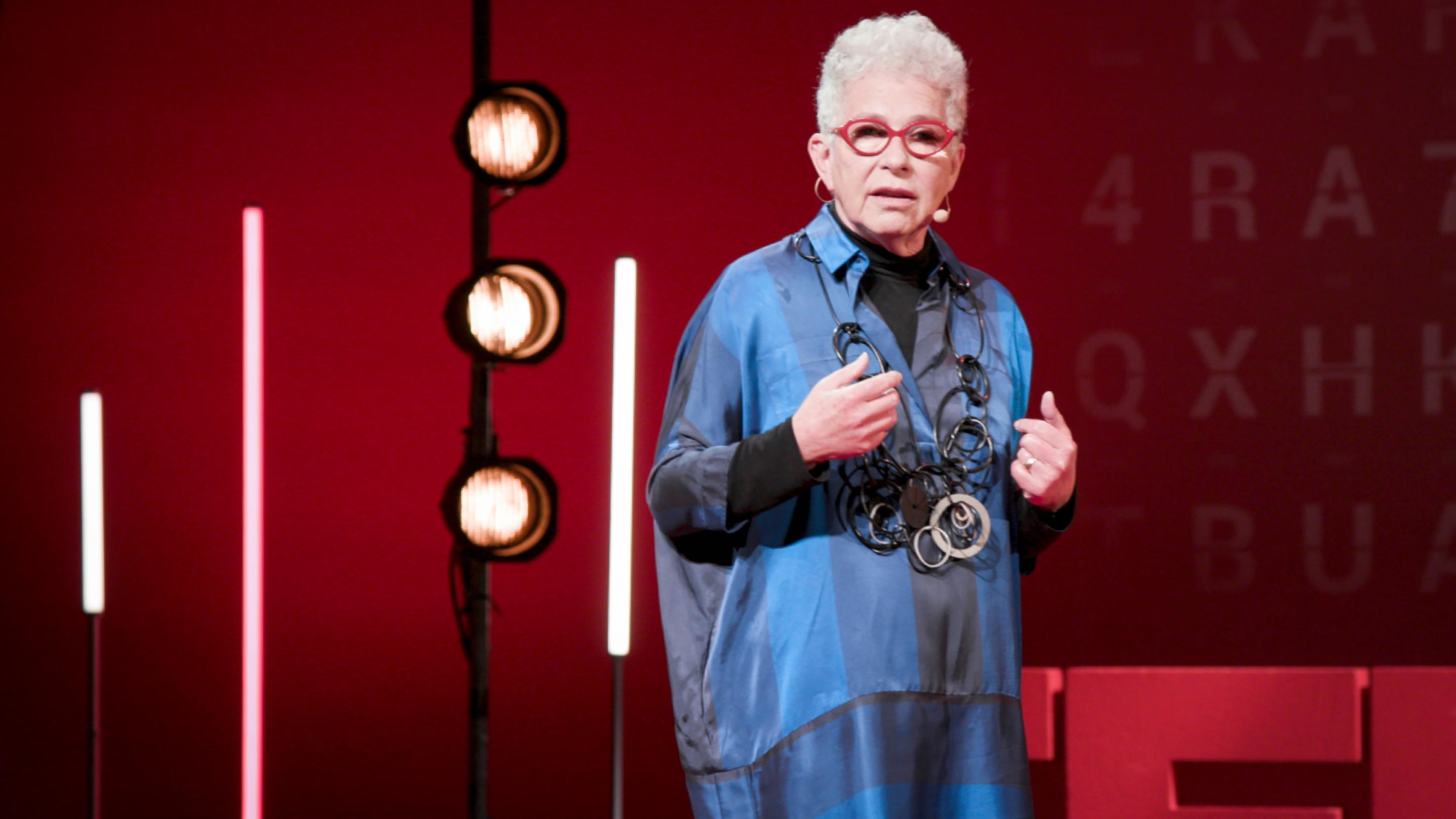 The weekend. Social Security. Health insurance. What do these things have in common? They all exist thanks to the advocacy of labor unions. Political economist Margaret Levi explains how these organizations forge equality and protect worker rights, calling for a 21st-century revival of the labor movement in order to build a more equitable future. 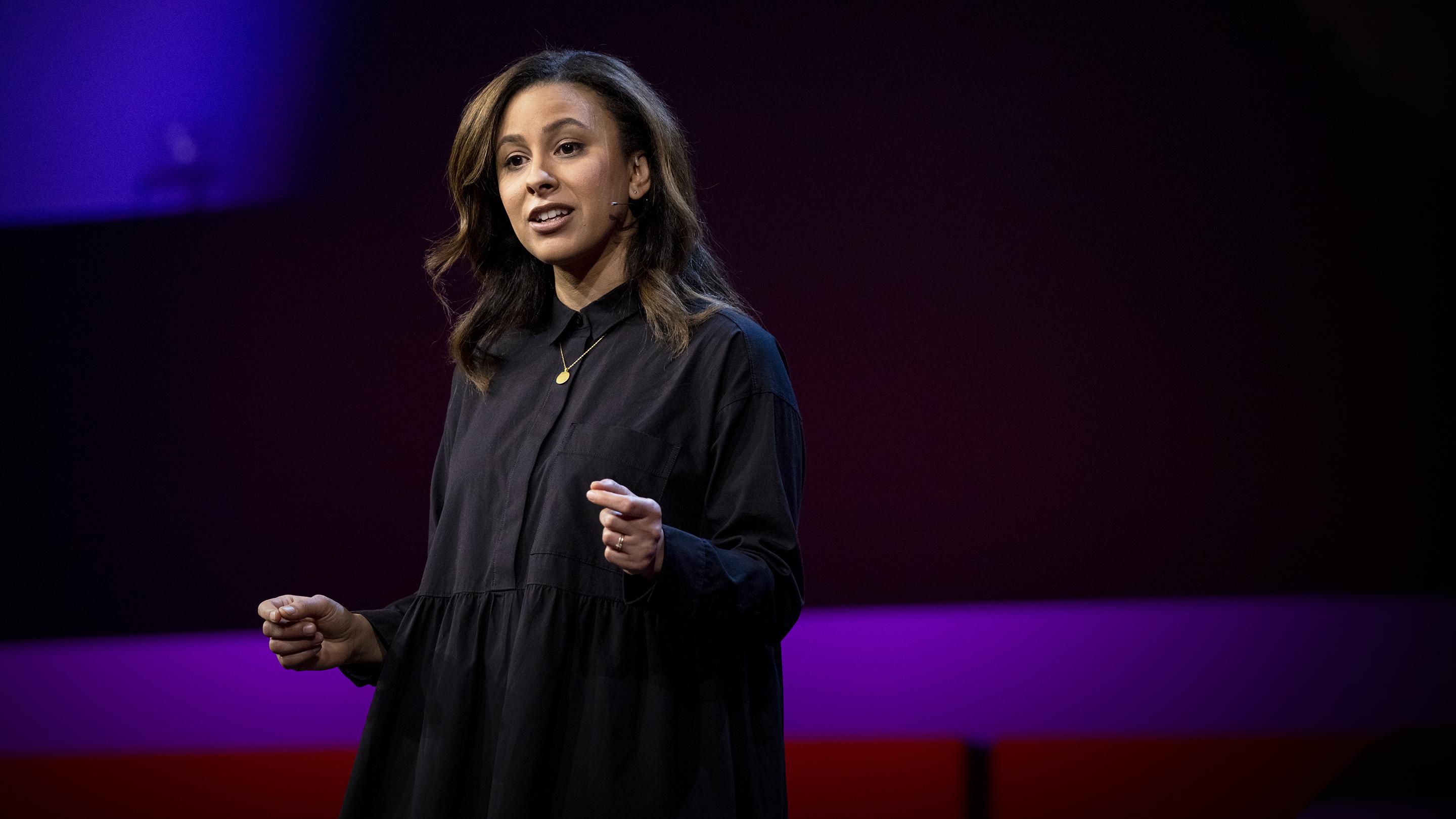 Election infrastructure in the United States is crumbling, says technologist Tiana Epps-Johnson, and, even worse, election officials are increasingly being attacked simply for doing their jobs. How can the country rebuild trust in its local and national elections? Epps-Johnson describes how the US Alliance for Election Excellence, a nonpartisan collaborative of election officials, technologists, designers and other experts, is working across all 50 states to improve the performance of systems serving 240 million voters, ensuring everyone has access to a fair, trustworthy and modern democratic process. (This ambitious plan is a part of the Audacious Project, TED's initiative to inspire and fund global change. If you want to hear even more about Epps-Johnson's work, stick around after the talk on the "TED Talks Daily" podcast, where she digs deeper into her ideas.) 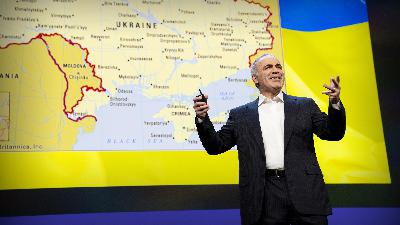 Stand with Ukraine in the fight against evil | Garry Kasparov

Ukraine is on the front line of a war between freedom and tyranny, says chess grandmaster and human rights advocate Garry Kasparov. In this blistering call to action, he traces Vladimir Putin's rise to power and details his own path from chess world champion to pro-democracy activist in Russia. His message is a challenge to global leaders to rise in support of Ukraine -- and to choose life and love over death and hatred. "The price of stopping a dictator always goes up with every delay and every hesitation," he says. "Meeting evil halfway is still a victory for evil." 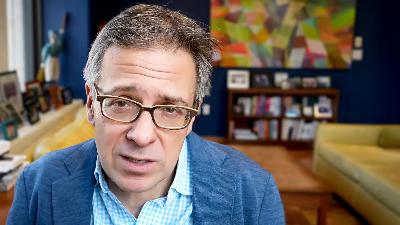 Russia's invasion of Ukraine has created previously unthinkable changes in geopolitics, seemingly overnight. In this vital conversation, political analyst Ian Bremmer takes a closer look at the global implications of the war, including NATO and the EU's renewed sense of purpose, the spiral of escalation, energy politics and the significant, potentially permanent shifts in the world order. (This talk and conversation, hosted by TED global curator Bruno Giussani, was part of a TED Membership event on March 10, 2022. Visit ted.com/membership to become a TED Member.) 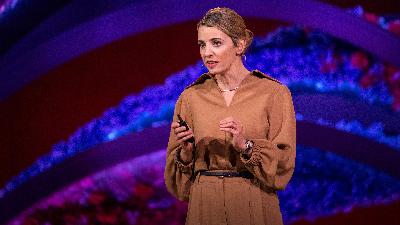 "We have the right to demand budgets to be equitable, to be fair," says economist Maja Bosnic. One way to get there is to make them gender-responsive. With examples from the nearly 80 countries around the world already factoring gender into public finance decisions, she shares how budgets that actively account for gender don't just lead to equality -- they're also more efficient and effective. 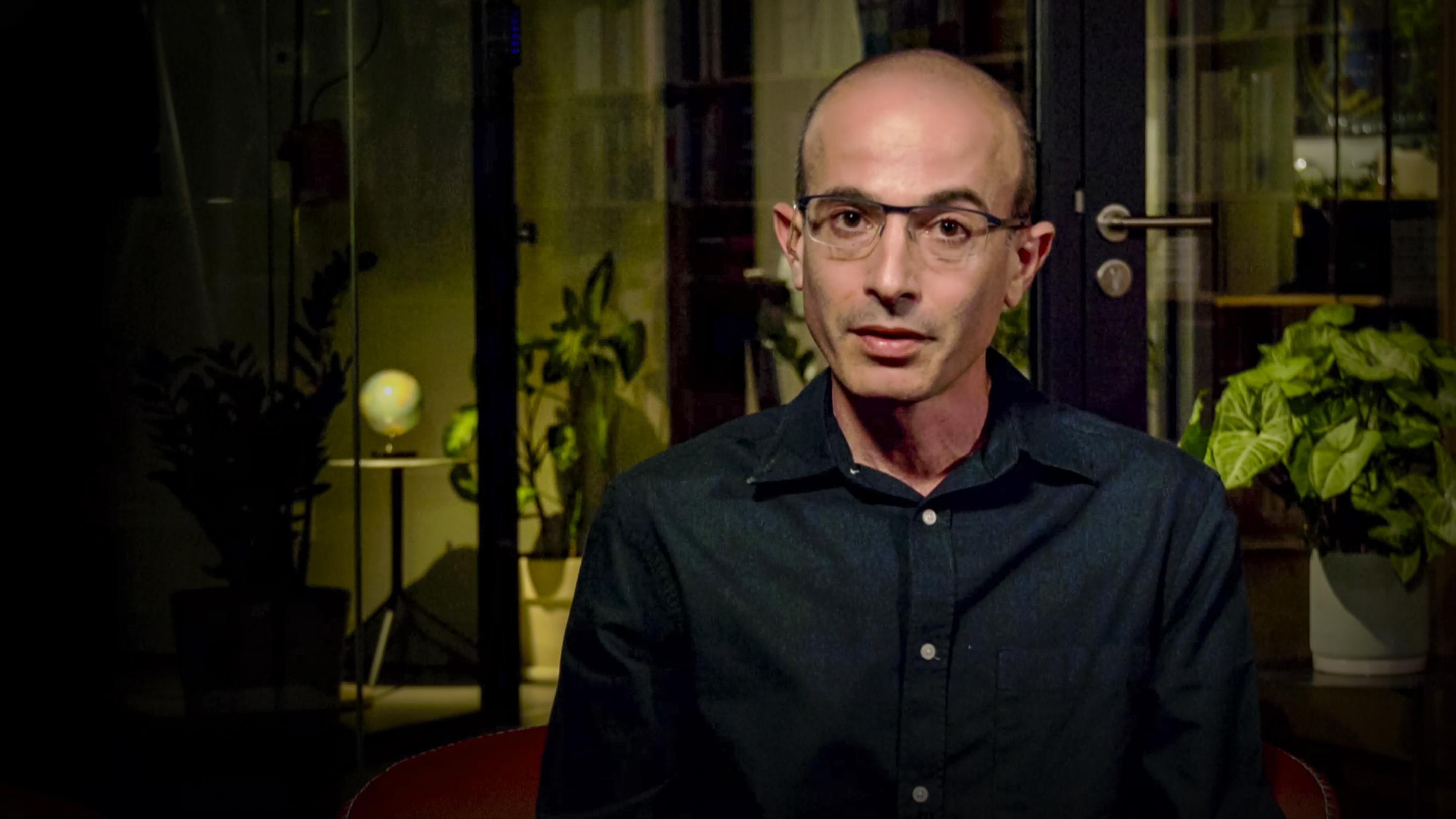 The war in Ukraine could change everything | Yuval Noah Harari

Concerned about the war Ukraine? You're not alone. Historian Yuval Noah Harari provides important context on the Russian invasion, including Ukraine's long history of resistance, the specter of nuclear war and his view of why, even if Putin wins all the military battles, he's already lost the war. (This conversation, hosted by TED global curator Bruno Giussani, was part of a TED Membership event on March 1, 2022. Visit ted.com/membership to become a TED Member.) 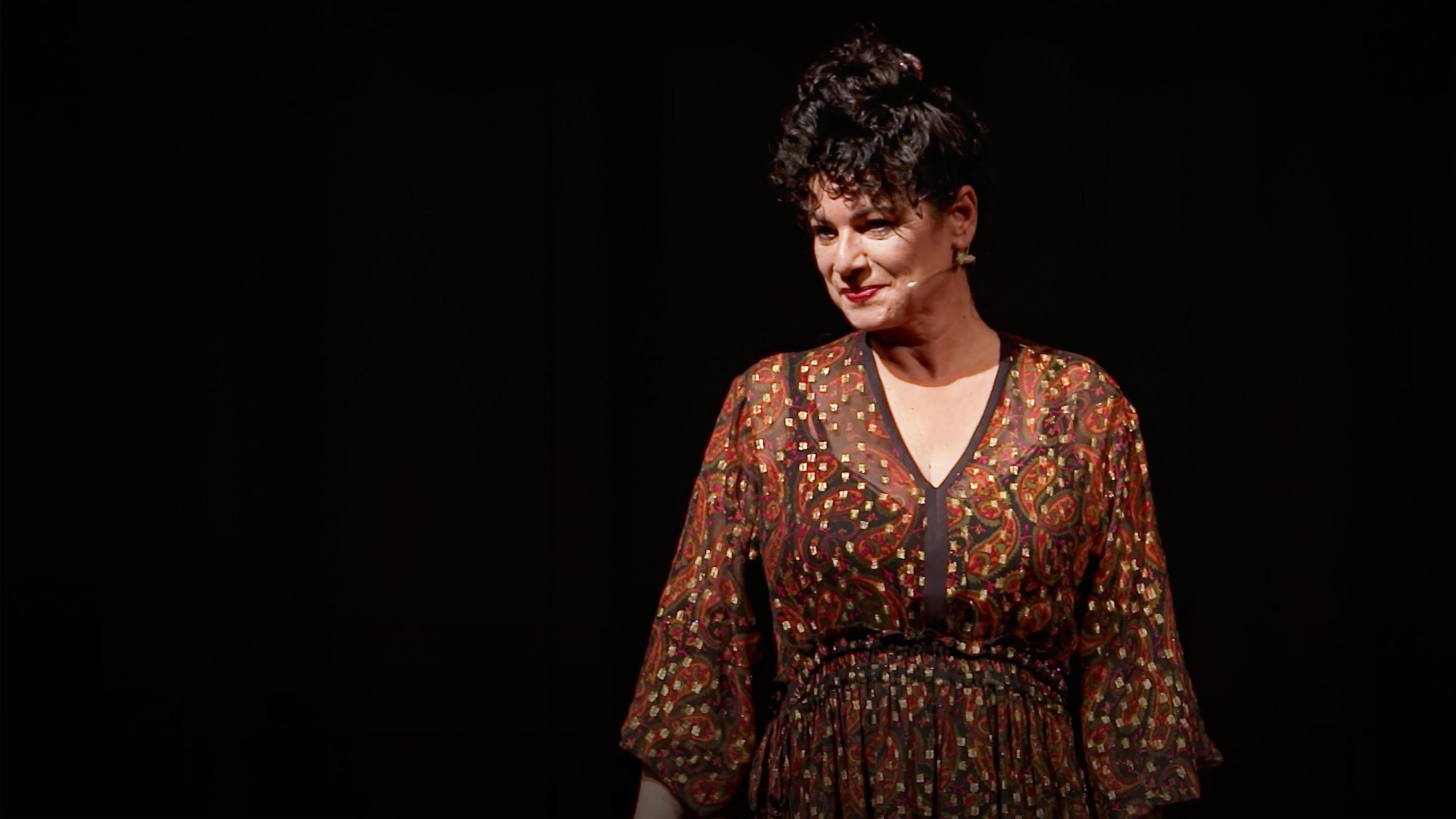 The real reason you buy insurance may have as much to do with pleasing your psyche as it does protecting your wallet. Behavioral psychologist Orit Tykocinski explores the connection between insurance and the reality-distorting risks of "magical thinking" that may make you reconsider your own rationale. 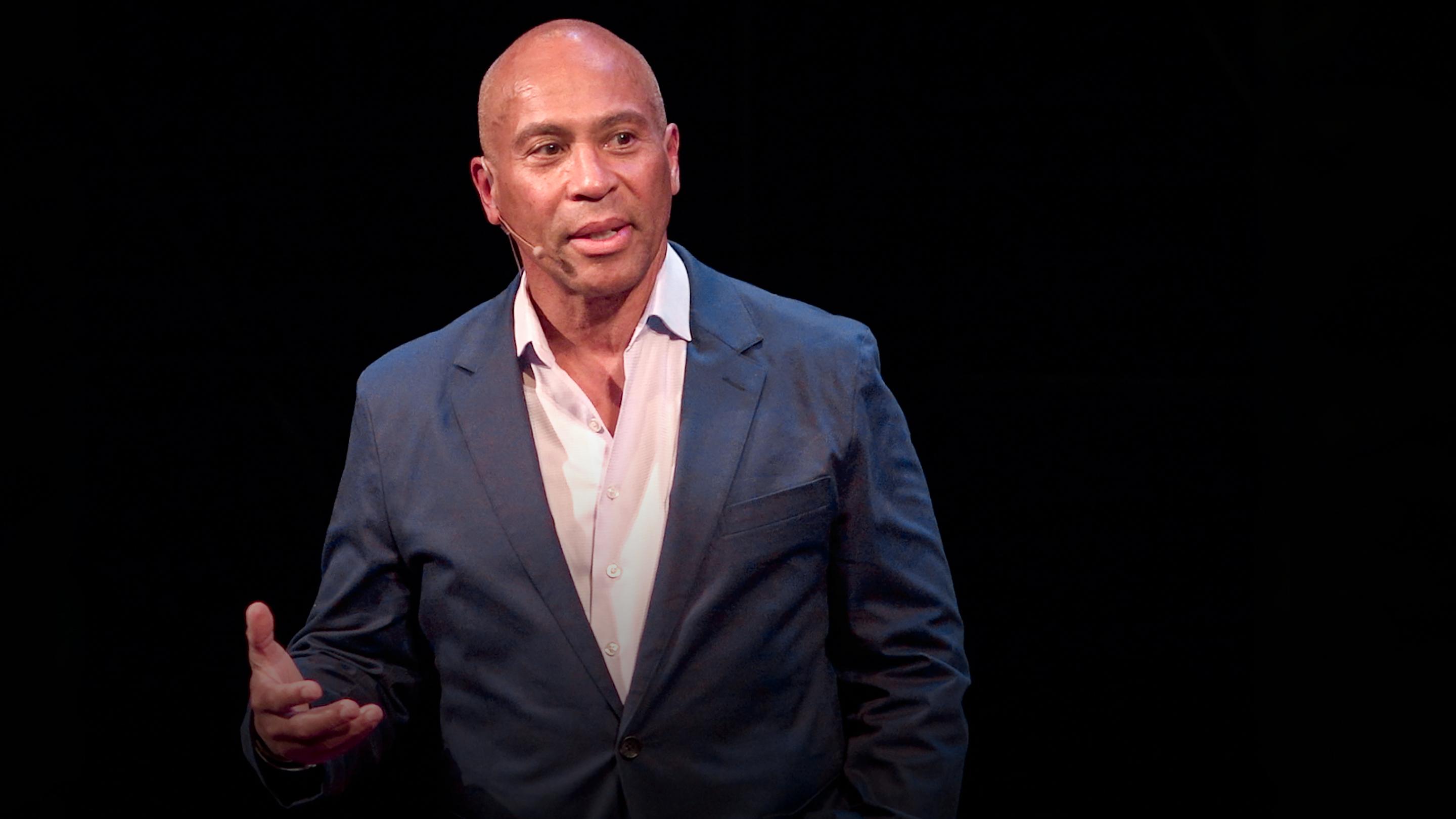 American democracy cannot be great until it is good, says lawyer, Harvard professor and former governor of Massachusetts Deval Patrick. A self-identified patriot, Patrick stands behind the fundamental values and civic ideals that he believes make the US unique -- and outlines how the country has strayed from those same edicts. Calling for a collective patriotism free from cynicism and fatalism, Patrick underlines the urgency to reset national aspirations in order to save democracy. 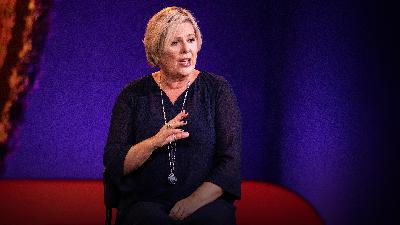 Use your voice, vote and wallet for climate action | Halla Tómasdóttir

Recently back from the COP26 UN climate conference in Scotland, former Icelandic presidential candidate Halla Tómasdóttir sums up the outcomes of the gathering, the progress she saw and the work that's left to be done this way: "The most difficult work of our lifetimes has to happen in the next few years." In conversation with TEDWomen curator Pat Mitchell, Tómasdóttir urges us all to recognize our power and to use our voice, vote and wallet to catalyze meaningful climate action. 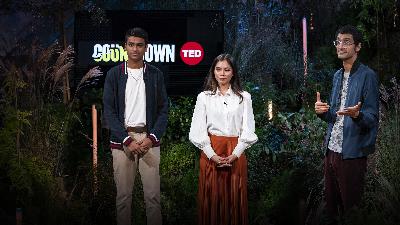 Investing in green energy, holding large corporations accountable for their pollution, stopping pipeline and oil extraction initiatives -- these are non-negotiable actions to protect the planet, but they are still just the bare minimum, say climate activists Xiye Bastida and Shiv Soin. In conversation with radio researcher Latif Nasser, Bastida and Soin share their list of six crucial climate demands for world leaders -- and discuss how we all can get involved. (This segment was part of TED's Countdown Global Livestream on October 30, 2021.) 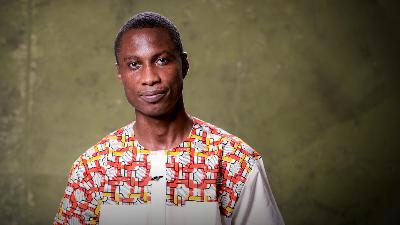 A vision for sustainable energy in Africa | Chibeze Ezekiel

Africa needs new energy sources to fuel its development, but the continent should invest in renewable energy instead of cheap, polluting alternatives like coal, says climate inclusion activist Chibeze Ezekiel. He tells the story of how he worked with local communities in Ghana to halt the construction of the country's first coal power plant -- and encouraged the government to prioritize investments in renewable energy instead. "Development and clean, breathable air should not be mutually exclusive," Ezekiel says. 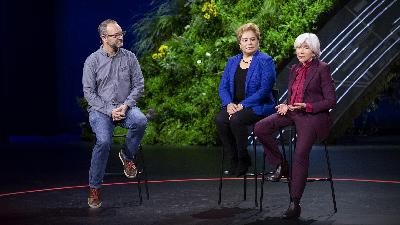 What to expect from COP26 | Countdown Summit

The closing session of the TED Countdown Summit in Edinburgh on Friday, October 15, 2021 started with a discussion about the upcoming United Nations climate conference, COP26, which will take place in Glasgow from October 31-November 12, 2021. The discussion -- featuring Patricia Espinosa, Executive Secretary of the UN Framework Convention on Climate Change (UNFCCC); Laurence Tubiana, CEO of the European Climate Foundation; and Gonzalo Muñoz, the UN's High Level Climate Action Champion for COP25 -- touched on how the process works and what we can expect from this crucial global gathering.
See More
Comments (2)

Fresh perspectives from intelligent and generally unbiased professionals and the great minds of the world. Love TED talks!