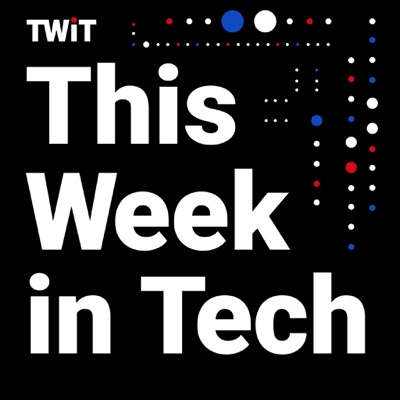 This Week in Tech (Audio)

© This work is licensed under a Creative Commons License - Attribution-NonCommercial-NoDerivatives 4.0 International - http://creativecommons.org/licenses/by-nc-nd/4.0/

Your first podcast of the week is the last word in tech news. Join the top tech journalists and pundits in a roundtable discussion of the latest trends in tech. 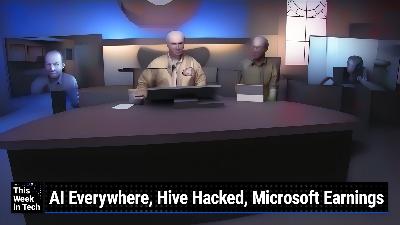 Elon Musk restores Donald Trump's Twitter account. Twitter Locks Its Office and Suspends Badge Access. I Was the Head of Trust and Safety at Twitter. This Is What Could Become of It. Elizabeth Holmes Is Sentenced to More Than 11 Years for Theranos Fraud. Nigerian Man Sentenced to Over 11 Years in Federal Prison for Conspiring to Launder Tens of Millions of Dollars from Online Scams. How Much Trouble Is FTX's Sam Bankman-Fried In? Evernote's Next Move: Joining the Bending Spoons Suite of Apps. Ahead of Its Time, Behind the Curve: Why Evernote Failed to Realize Its Potential. Tom Brady and Larry David among those accused of defrauding investors in FTX collapse. H'wood FTX Frenzy as Michael Lewis Reveals He Spent 6 Months with Founder. Web inventor Tim Berners-Lee wants us to 'ignore' Web3: 'Web3 is not the web at all' Leo talks about the road map for The Tech Guy. The long-awaited US broadband internet maps are here — for you to challenge. Earth now weighs six ronnagrams: New metric prefixes voted in. NASA's Modern Moon Program Is Finally off the Ground. Greg Bear (1951-2022). Fred Brooks Has Died. Host: Leo Laporte Guests: Phil Libin, Dwight Silverman, and Glenn Fleishman Download or subscribe to this show at https://twit.tv/shows/this-week-in-tech Get episodes ad-free with Club TWiT at https://twit.tv/clubtwit Sponsors: ZipRecruiter.com/Twit nureva.com/twit wealthfront.com/twit expressvpn.com/twit TWiT 900: The Pies Have It - Rocket takeover, Musk Lays Off Twitter, League of Legends Finals, FCC vs. TikTok Twitter & Musk to close buyout, Apple's new iPads, artist burns art for NFTs, AI chatbot for dead loved ones, and more. Semafor.com - A new global news platform for breaking stories and analysis. American Airlines is trying to stop a popular iPhone app Sequence Decoder that's become a 'must have' for its flight attendants. Twitter and Elon Musk make progress on a buyout, and Musk plans to cut 75% of its workforce. The dark side of a super app like WeChat in China. Pocket Casts mobile apps are now open source. Jack Dorsey-founded Bluesky is building a protocol for decentralized social networks. Damien Hirst is burning thousands of his paintings for an NFT project. Adware clicker apps in Google Play have been downloaded over 20 million times. Apple's macOS Ventura and iPadOS 16 will be released on October 24. Apple announced a new iPad and M2-powered iPad Pro, but the iPad lineup now seems like a mess. Apple announced a new Apple TV 4K with an A15 Bionic chip and HDR10+ for $129. More ads are coming to Apple's App Store starting next week. Apple's head of hardware design Evans Hankey is leaving three years after the departure of Jony Ive. NFL and Apple are at odds in Sunday Ticket negotiations. Boeing 787s must be turned off and on every 51 days to prevent 'misleading data' being shown to pilots. Hearing aids can now be sold over the counter in the US. Kanye West is buying the 'free speech platform' Parler. Meta ordered to sell Giphy by UK antitrust watchdog CMA. Are we ready for an AI chatbot that lets us speak to our dead loved ones? Red Bull co-founder and Red Bull Formula One owner Dietrich Mateschitz dies at 78. Host: Leo Laporte Guests: Louise Matsakis, Harry McCracken, and Louis Maresca Download or subscribe to this show at https://twit.tv/shows/this-week-in-tech Get episodes ad-free with Club TWiT at https://twit.tv/clubtwit Sponsors: audible.com/twit or text twit to 500-500 ZipRecruiter.com/Twit shopify.com/twit 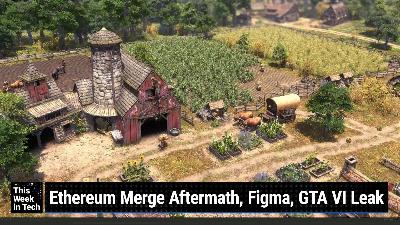 Ethereum merge, GPU demand shifts, Adobe's Figma deal, GTA 6 hack Ethereum activates The Merge as it shifts to proof of stake. No One Is Profitable': GPU Mining Faces Dark Days After Ethereum Merge. GeForce GPUs are 80% of EVGA's revenue—but it's cutting ties with Nvidia anyway.  Farthest Frontier on Steam. Nvidia is about to make a big announcement during a difficult time. Some iPhone 14 Pro customers are getting their preorders delayed by Apple. The iPhone 14 Index: How much of a yearly salary you need to spend to afford an iPhone 14 around the world. Adobe (ADBE) Agrees to Buy Figma in $20 Billion Software Deal. The career rise, fall, and return of Adam Neumann, the controversial WeWork cofounder who is back with another real-estate startup. iPhone 14 is eSIM-only in the US. We Spoke With the Last Person Standing in the Floppy Disk Business. Floppy Disks Are Still Used for 1,900 Government Procedures In Japan. They Must Go, Its Digital Minister Says. Apple adds souped-up period and ovulation tracking to Apple Watch Series 8. Google cancels half the projects at its internal R&D group Area 120. Massive GTA 6 gameplay video leak depicts male and female playable characters. Google loses appeal over illegal Android app bundling, EU reduces fine to €4.1 billion. Fifth Circuit rules in favor of Texas law on social media regulation. Why Do All These 20-Somethings Have Closed Captions Turned On? Host: Leo Laporte Guests: Carolina Milanesi, Alex Wilhelm, and Mike Elgan Download or subscribe to this show at https://twit.tv/shows/this-week-in-tech Get episodes ad-free with Club TWiT at https://twit.tv/clubtwit Sponsors: noom.com/twit mintmobile.com/twit Blueland.com/TWIT itpro.tv/twit promo code TWIT30
See More
Comments (48)

It was an ok episode

Adding jutices because you lost the majority is POLITICS and nothing principled. Unsubscribe

owen dropping the truth about American manufacturing and labor markets as they relate to cost of goods.

well, another one with an agenda, what a shame.

Elon is the master of marketing.

Animals are not trial period 🤦‍♂️. There will be a huge increase of animal abandonment or back to the shelter..

I've personally experienced the YouTube rabit hole. I started out as a vocal atheist (which I still am) that lead me to thunder foot who lead me to anti feminist videos which lead me to Sargon of ackad that lead me to sjw which than fed into teal dear and honey badger radio which had me fill blown mra and it wasn't till a friend asked me what I was doing (not like aggressive just genuine inquiry about my day) that I looked at what I was doing and the answer was brainwashing myself

this is way too long to listen much less watch,. I know there is a lot of content but makers have to think about reducing the time.

wow, Leo really has a problem talking over these guests. is it because their women?

couldn't even finish listening. Everyone talking over eachother.

for real that English guy should just leave.

stop cutting each other off holy shit

long time listener tuning out. this show literally just turned into a political talk show. dont we get enough of this garbage all day from all corners of the internet. you can find better tech shows that actually talk about TECH. dont waste your time on this

Another ruined episode with obnoxious shouting.Can't listem to them when O Doctor is in them

Facts Don't Care About Your Feelings

Pro Gamergate people were NOT "hateful", tell your guest to shut the hell up with her lies. They were calling out blatant lies of reviewers sleeping with people and cheating on their SO to bribe reviewers for good reviews, and flat out lying and then trying to play the victim. Pro Gamer-gate people are against PC fucking nonsense. People are sick of being called racist sexist homophonic Nazis just for having a different opinion.

really a lackluster episode. next week will assuredly be better.