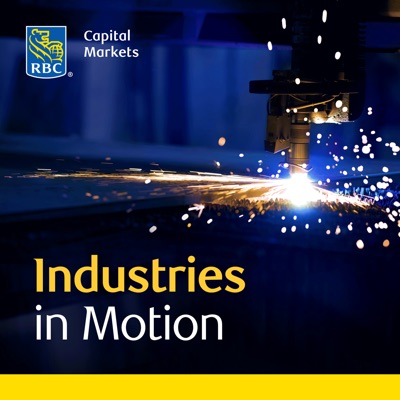 Markets and sectors are transforming at a speed never seen before. Industries in Motion – a new serialized podcast from RBC Capital Markets – delivers highly differentiated insights and intelligence that looks at where now meets next, turning today’s faster-moving trends into tomorrow’s opportunities. 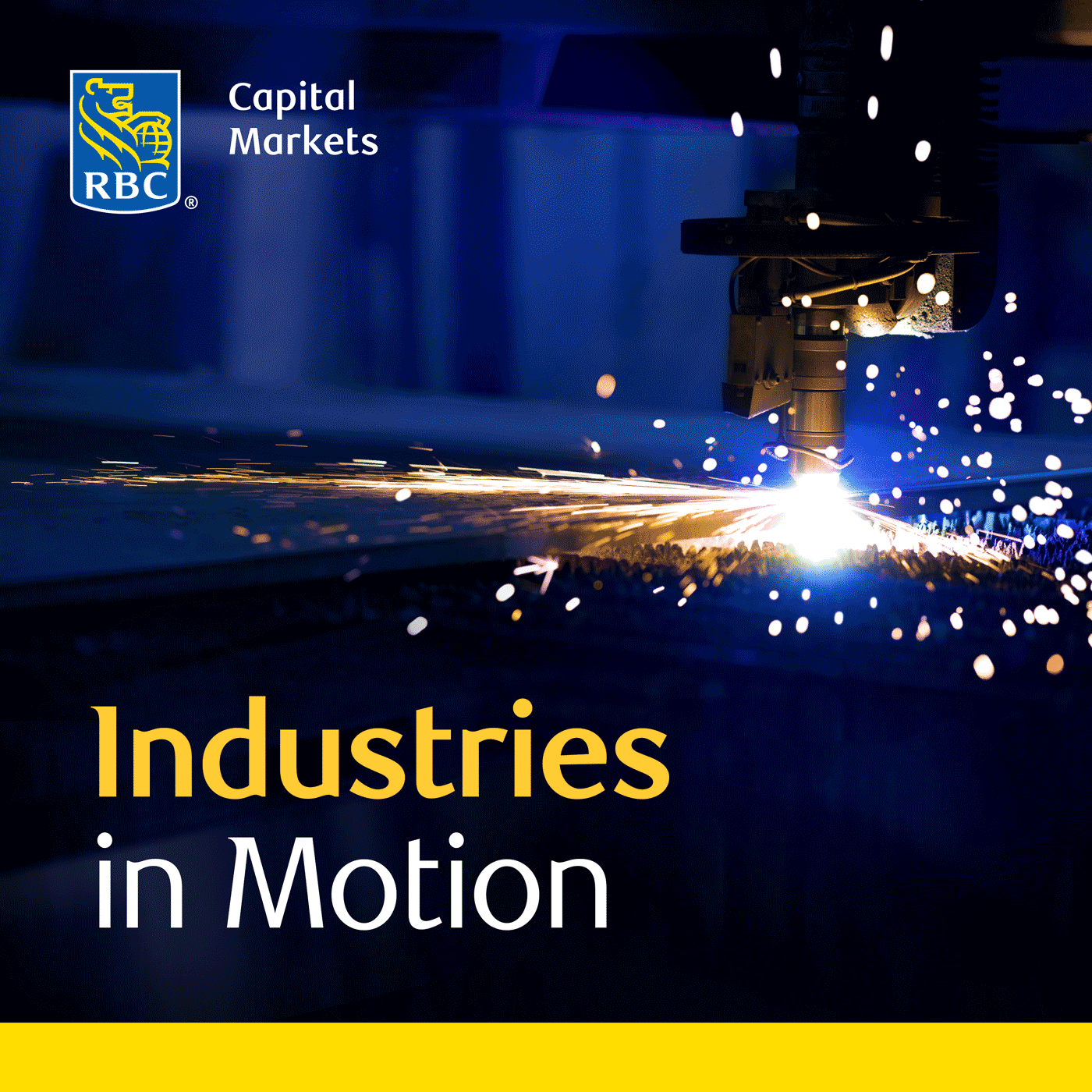 Benjamin Toms, RBC Capital Markets European Banks Analyst. Discusses the recent turn in the housing market and effects of rising remortgaging costs on the Buy to let market. In this conversation Ben explores what this means for Investors, corporates and the wider population.

Mark Odendahl, Head of US Capital Markets Research, talks to Automative Analyst Joseph Spak about the growth forecast for autonomous vehicles and how Advanced Driver Assistance Systems (ADAS) have a much clearer and more profitable business case than ever before.

Mark Odendahl, Head of US Capital Markets Research, is joined by Brad Erickson, Internet Analyst at RBC Capital Markets to discuss how Internet platforms are facing new challenges after losing Apple signal in iOS 14. But advertising giants like Meta are searching for a quick fix.

Fintech Grows Up: Charting the Changes in the Sector

Following RBC Capital Markets’ seventh annual Fintech conference, Dan Perlin, Managing Director of Research in Payments, Processing, and IT Services tells the Industries in Motion podcast why industry experts see crypto as the next great opportunity, FX as an evolving concern and how M&A is changing the landscape.

The COVID-19 pandemic significantly altered daily routines, including the use of real estate. While a return to some form of normalcy is underway, the effects of the pandemic continue to be felt across property types to varying degrees. In the latest episode of Industries in Motion, Pammi Bir and Jimmy Shan, Canadian Real Estate analysts, discuss with the Head of Canadian and APAC Research, Andre-Philippe Hardy, the outlook for the commercial and residential real estate sectors in Canada. Faced with a new set of challenges and opportunities, the discussion dives into the outlook across subsectors amid rising interest rates, heated inflation, and a potential recession in the not too distant future. As employers increasingly adopt hybrid work models, where are office fundamentals heading? What silver linings can we draw from the pandemic in retail real estate and how is the sector positioned to navigate another economic slowdown? How can the disconnect between the strength in industrial real estate fundamentals and lagging REIT unit prices be explained? What tailwinds underpin a constructive outlook for rental residential real estate?

The last two years have been nothing short of incredible in the technology sector, with a dramatic increase in technology adoption through COVID and technology stock valuations peaking at the end of 2021, followed by a significant market pullback year-to-date. In this podcast, Paul Treiber, Canadian Technology Analyst, and Andre-Philippe Hardy, Head of Canadian & APAC Research, discuss the state of the technology sector and more specifically technology in Canada, including the key factors that have impacted investor sentiment on technology stocks lately, why technology spending may be more resilient now than in prior years, and why technology investments are likely to continue to increase over the long-term. We also explore the evolution of the Canadian technology landscape over time, such as the rise of the iPhone and its impact on BlackBerry.

Significant structural changes are occurring in the Canadian grocery space. This podcast explores the key factors that influence consumer choice of food retailer, how consumers are dealing with the rising pace of food price inflation, the rise of online grocery offerings, and how the shifts in consumer/retailer interactions will change how we buy groceries.

RBC Capital Markets’ Medical Devices and Medical Technology analyst Shagun Singh shares her insights on the important economic, demographic, and market currents shaping the medical devices industry as it builds upon its recovery from a COVID-induced lull.

The Russia/Ukraine war has highlighted the world’s dependence on oil and gas, and how interconnected global energy markets are. This has amplified the focus of countries and companies on the energy transition, electrification, and setting net zero targets, and has increased the attention of consumers on energy security, reliability and independence, while at the same time endeavoring to reduce carbon footprints. Against this backdrop, the term “prosumer” is becoming more relevant and mainstream. A prosumer is a consumer of energy who is also a producer of energy, to self-supply power or to sell it into the grid. Large industrial companies (e.g., mining operations) often build their own power plants, producing and consuming power. With advances in technology and cost reductions in renewable energy, some power generation is now taking place at a much smaller scale, including by individuals (e.g., using rooftop solar), and we expect an acceleration in the rise of resilient energy prosumers over the years to come.

A New Lease on Life – How the Aerospace Sector is Changing

RBC Capital Markets' aerospace and defense analyst Ken Herbert explains how the mixed recovery is changing the Original Equipment Manufacturers (OEM), and aftermarket sectors and looks ahead to outer space and ESG opportunities on the latest Industries in Motion podcast.

The global urgency to combat climate change by cutting greenhouse gas (GHG) emissions--foremost amongst which is carbon dioxide (CO2)--has only intensified throughout the COVID-19 pandemic.

On the latest Industries in Motion podcast, RBC Capital Markets’ Senior Software Analyst Matt Hedberg talks about the future of software and security in a world of hybrid living and working, and ever-increasing automation.

Over the next 12 months what will the structural trends be that dominate the Consumer and European General Retail Sector? What impact will the pandemic and rising costs have on companies and the consumer? In this podcast, Richard Chamberlain, Equity Analysts, RBC Capital Markets is joined by Michael Hall, Head of European Research & Global Head of Research Product to discuss the outlook for the Consumer and Retail sector in Europe.

Supply chain issues became front and center in 2021 with shippers in all areas of the world beset with delays in getting their goods to market. This caught the attention of investors as well, with the words “Supply chain” being referenced on approximately 68% of company Q3 conference calls. Today we discuss with RBC Capital Markets Transportation Analyst, Walter Spracklin, how the current supply chain issue came about, the negative impacts as well as who can benefit from this situation, and when these challenges might all be resolved.

Buy Now, Pay Later: How an old idea got a new lease of life

Paying in installments isn’t a new idea. But the new ease of Buy now, pay later online is fuelling a renaissance in this space. Dan Perlin, Managing Director of Research in Payments, Processing, and IT Services at RBC Capital Markets, tells the Industries in Motion podcast how the concept has soared in popularity in the FinTech space and which companies stand to gain and lose from the trend.

How Genetic Medicine Is Revolutionizing The Way We Treat Patients

Genetic medicine is already a billion-dollar industry, with forthcoming research and drug development that could potentially cure the incurable. Luca Issi, Senior Biotech Analyst at RBC Capital Markets, explains how it all works and what lies ahead for this innovative industry on the Industries in Motion podcast.

How biotech breakthroughs are changing healthcare

What are the disruptors and drivers that are affecting the biotech market? On the latest Industries in Motion podcast, RBC Capital Markets Co-Head of Biotechnology Research Brian Abrahams reveals the headwinds and tailwinds, and why he believes biotech’s 2021 lows are about to end.

In the latest episode of Industries in Motion, Large Cap Bank Analyst and Head of US Bank Equity Strategy at RBC Capital Markets Gerard Cassidy explains why banks are strong in both earnings and fundamentals as they emerge from the pandemic – and the risks they may face in the coming months.
See More
Comments