DiscoverBurnt Toast by Virginia Sole-Smith"Well, if we have to break the law, how are we going to do it?" 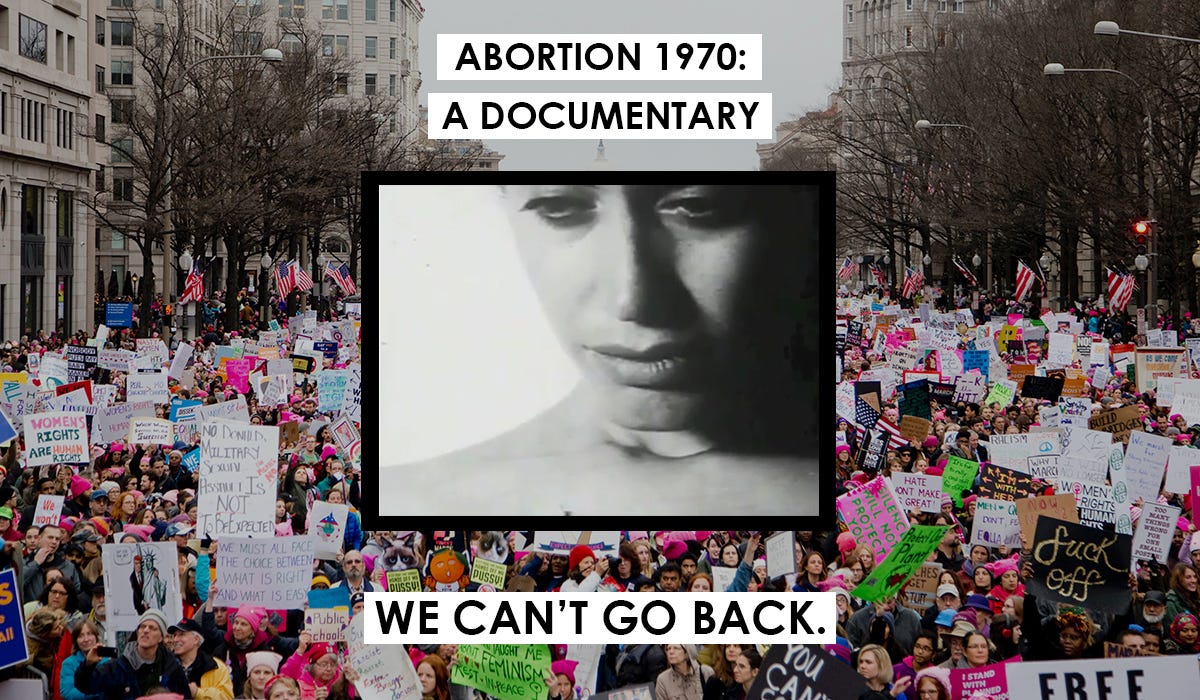 People don’t have a choice about whether or not to fight these things. You have to keep learning all you can, you have to keep finding the allies you can. And to despair is to abandon all the people who need us most.

You’re listening to Burnt Toast. This is the podcast about diet culture, fatphobia, parenting, and health. I’m Virginia Sole-Smith, and I also write the Burnt Toast newsletter.

Today is a very special episode because I am interviewing one of my very favorite people in the world: My stepmother, Mary Summers. Mary is a Senior Fellow in the Fox Leadership Program and a lecturer in political science at the University of Pennsylvania. She’s also a former physician assistant, political speechwriter, and a lifelong activist.

And 52 years ago, she and three other activists made a 28 minute black and white film about what it was like to live in a country where abortions were illegal. (Watch it and get involved!)

This was in 1970. The Roe v Wade Supreme Court decision legalizing abortion throughout the country was three years in the future. And of the approximately 800,000 abortions performed in 1970, only 1% were obtained legally. 300,000 resulted in complications and 8000 resulted in death.

We are now living in post-Roe America. There is much about this fight that has changed in the past 52 years, but also much that stays the same. So, I asked Mary to come chat with me about her work on the film as well as what we can learn from the people who fought for legal abortion before as we begin to do it again.

PS. Mary was delighted to donate her $100 podcast honorarium to the National Network of Abortion Funds. Thank you to the Burnt Toast paid subscribers who made that possible!

And big news: The Burnt Toast Giving Circle has exceeded our goal! We’ve raised $20,111 and counting for Arizona state legislature races. You can join us here, and read more about why that helps in the fight to legalize abortion here.

Let’s start by telling listeners a little bit about you and about your work.

I am a senior fellow with the Robert Fox Leadership Program at the University of Pennsylvania. I’ve been, for the last 20 years, a lecturer in political science, teaching service learning courses on the politics of food and agriculture and on schools as sites where inequalities and economic status and and health, health especially, can either be addressed or reproduced. My students, as well as being in class with me, are working in schools and after-school programs and food stamp snap enrollment campaigns and programs like that, so that they’re learning about institutions on the ground as well as in the classroom.

And that just one of many things you have done in your life. Do you want to also just go back a little further and tell us what you did, especially around the time you made the film?

I got involved in making the film right as I was graduating from college in 1970 I was at Radcliffe. And I had gotten interested in film, and interested in the women’s movement. That period at Harvard was the height of the anti-war movement. We basically were on strike most spring semesters that I was there. Especially the Harvard strike of 1969 was really important to me, seeing the entire university mobilized around stopping ROTC on campus. People who had been meeting in tiny rooms trying to organize, by the end of that strike, were meeting in the football stadium. Faculty and students were working together, voting on the demands of the strike and passing them overwhelmingly and the administration basically conceding everything we were fighting for. That gave me a real sense that we could change the world.

In the years both prior to and after graduation, I was also getting more interested in the women’s movement as one more important way of thinking about relationships within the anti-war movement, within the student movement, and in society as a whole. Men were clearly very dominant. And women were starting to be very interested in talking to each other, about everything from clitoral orgasms to shared housekeeping in ways that were exciting and interesting. And then, a person I was taking some classes from told me about a group of women who were making a film about abortion. So I contacted them.

They originally started out of the same group of women who eventually would become the founders of Our Bodies Ourselves. It was a big Bread and Roses office that was generating all this activity around women’s health and consciousness raising groups and just lots of excitement about thinking about the inequalities of gender roles, and how could we address that. So I wrote a little grant to a program called Education for Action that that gave me funding to join this group of four women who were making this film on abortion.

It had originally been inspired, I think, by Jane Pincus, the person who made it possible to make a film because her husband was a documentary filmmaker then at MIT and we were able to use the MIT film lab equipment, and both cameras and editing. She had been listening to what was then the equivalent of NPR, about efforts to get the Massachusetts legislature to legalize abortion, and just couldn’t believe that the only voices you could hear debating it were men’s voices. So she thought, well, if we could make a film that would raise up women’s stories and voices that would make a big difference in these debates. And that made a lot of sense to me.

Can you talk a little more about why the conversation on abortion in particular was being only had by men?

Literally, the Massachusetts legislature was all men. I mean, if there were any women in it, they, their voices were not on the radio. And really, that was a time when electoral politics was overwhelmingly dominated by white men.

Let’s also be clear, this was three years before Roe, so abortion was illegal, which was why you were doing the film. How did you think about the potential risks you were facing by doing this work?

This was a period in which it looked as if the way we would win abortion rights was state by state, with the legislatures passing it. Hawaii had legalized abortion before we started, but that, it’s so far away.

People were not going to Hawaii for abortions. Then the big question was that a lot of states were starting to legalize abortion, but you had to get permission from a doctor, meet with a psychiatrist. Abortion on demand sounded like a very, very radical idea to a lot of people. So, we were very interested in making a film that would say that should be the norm, that women should get to decide if they needed an abortion. Obviously, you can understand why people who are fighting just within state legislatures were feeling like, we aren’t going to be able to get any legalization at all, unless we allow for all these permissions and doctor involvement, “it has to be between a woman and her doctor” kind of talk.

They were taking a kind of incremental approach.

Right. So it seemed really important to have more pressure and organizing outside the legislatures and the courts that would help push the idea that this should be women’s decisions.

Now on the question of risk—there was certainly a lot of stigma. But there was also tremendous pent up trauma that women did want a chance to talk about. I mean, that was what was so exciting about the women’s movement at that time, was all these women who had experienced a whole range of different types of very real oppression, either in their own homes or in—I mean, I went to my college infirmary and asked for birth control and they wouldn’t give it to me. The range of humiliating experiences women had been through, much less the women who had been through illegal abortions, which for many were so terrifying and so scary. There was this lovely doctor in the hills of Pennsylvania that apparently gave many women very good abortion experiences, but there were a lot of people who did not have that. So, for some of them, just being able to tell their stories was huge, even if they didn’t want their name associated with it. We started receiving tapes of women wanting to tell their stories and several of the filmmakers had stories that they taped.

So I think more we were really excited and energized about doing this work. I mean, there was a lot of debate about whether we wanted our names on the movie. So in that sense, there was worry about stigma, I would say.

It’s so moving to think about all those women sen 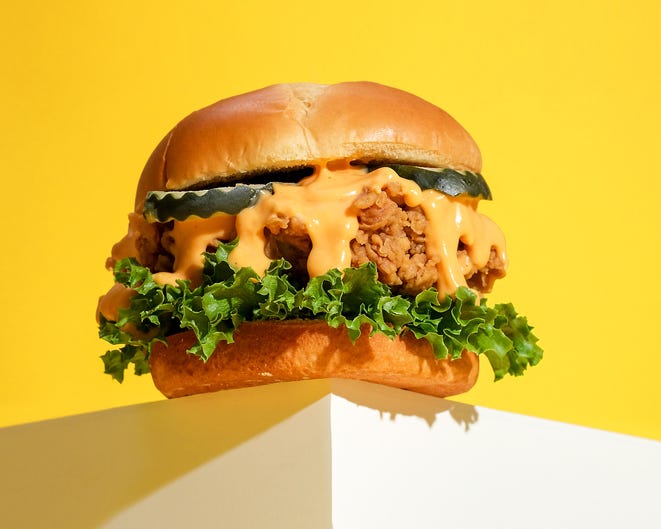 Is It Ever Okay to Eat at Chick-fil-A? 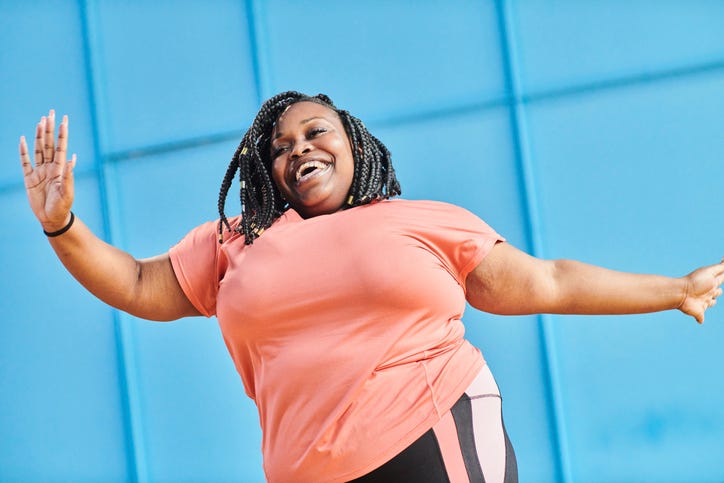 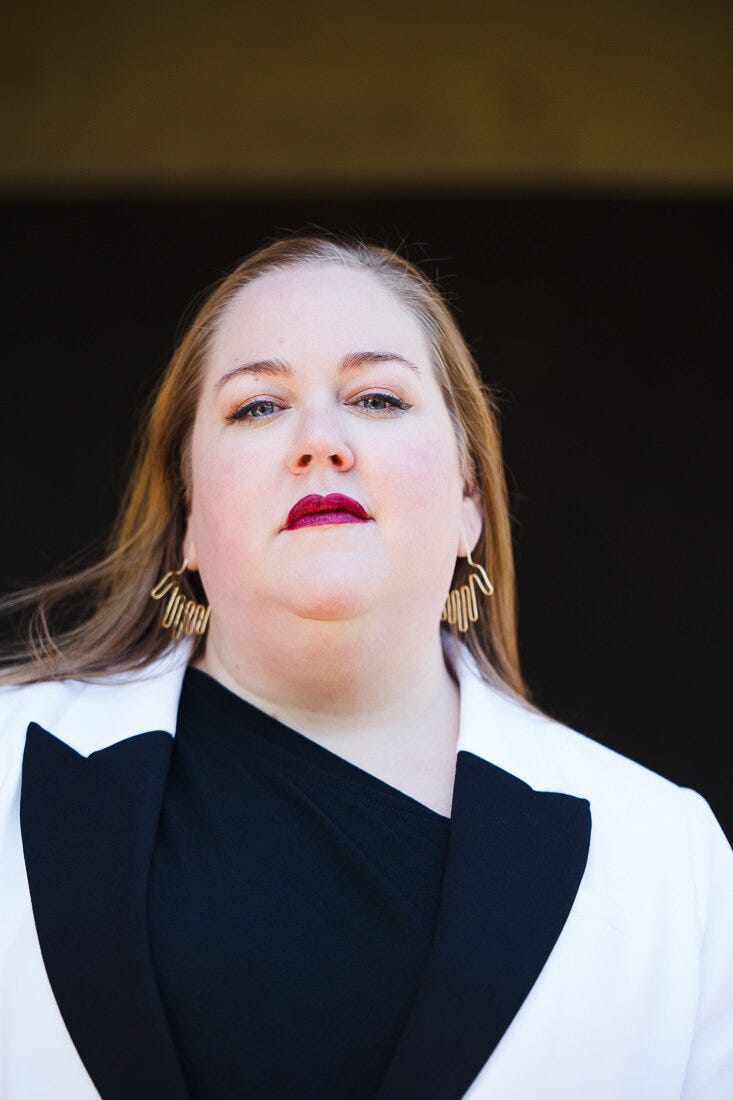 "We are Not Living in a World Where Too Many People are Trying Too Many Things to Defend Fat People." 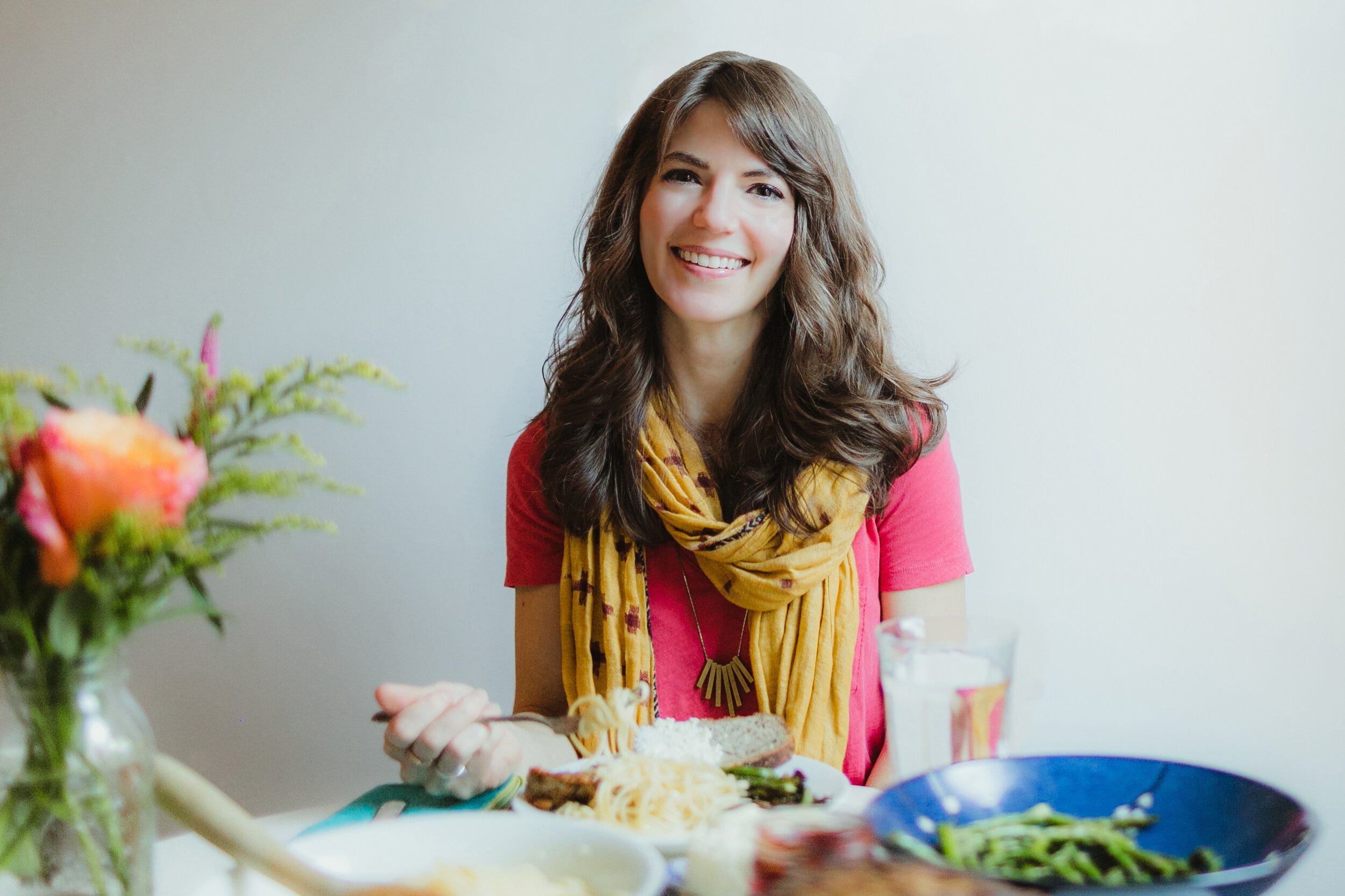 How to Tell if Your Resolution Is Rooted in Diet Culture 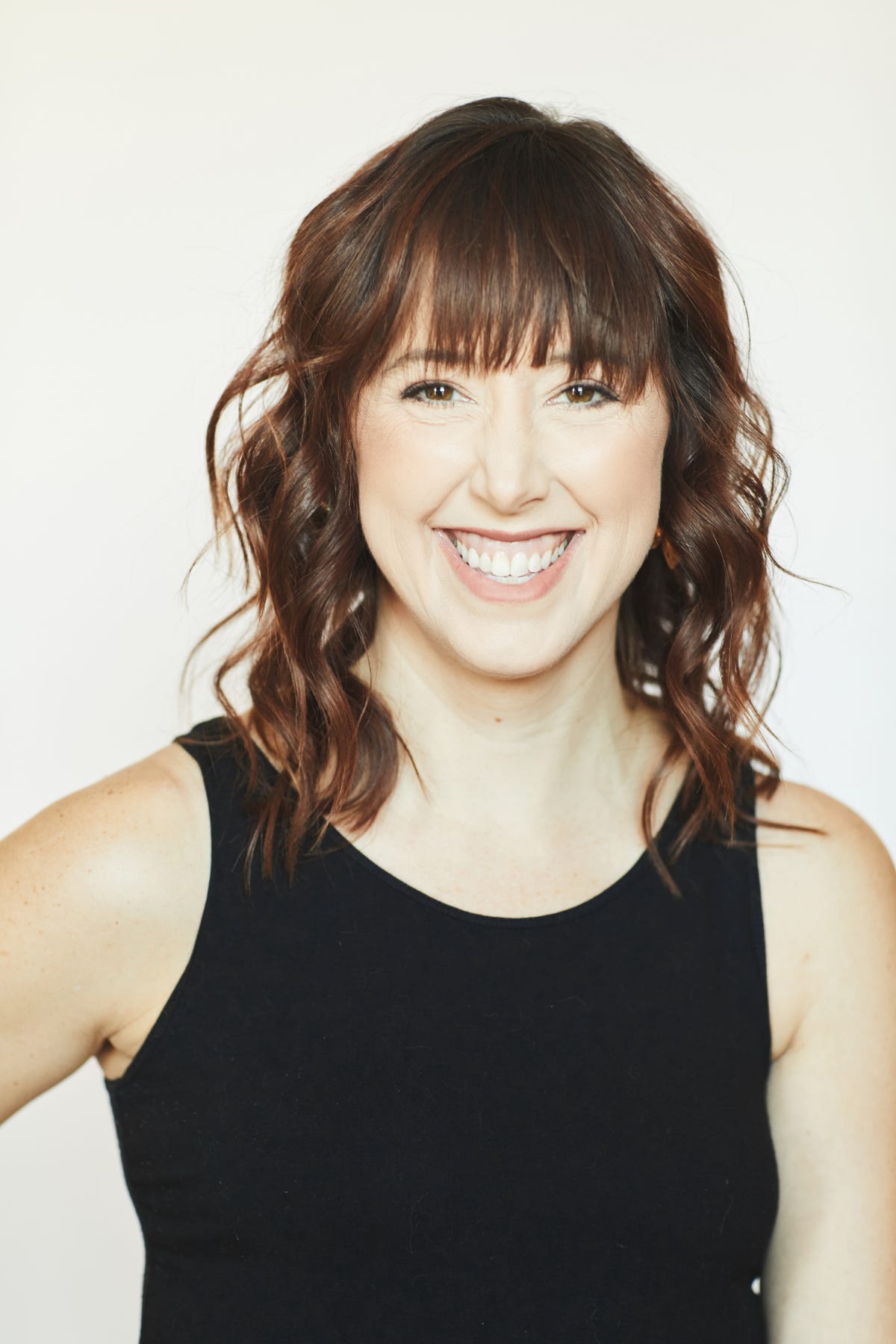 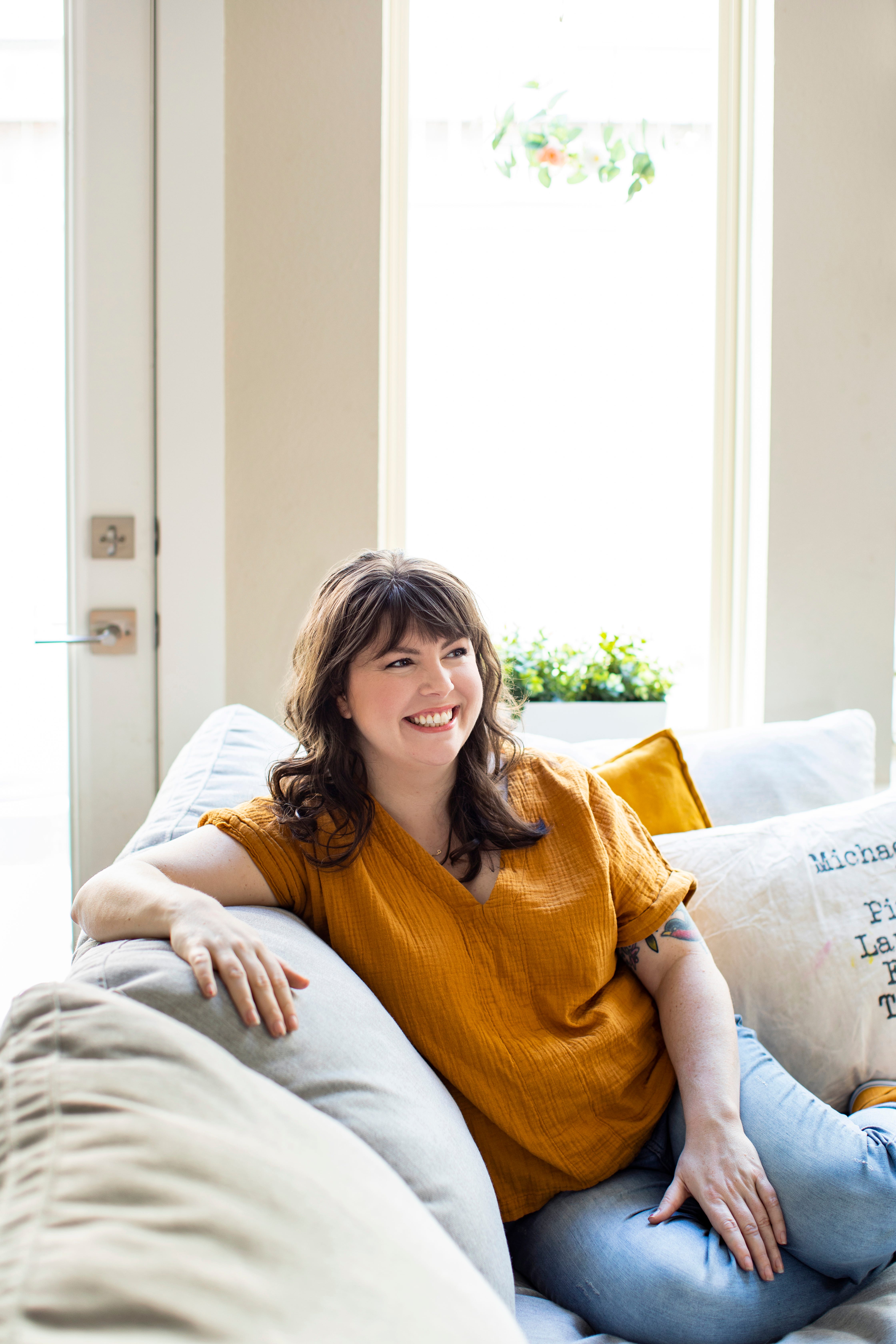 "I Love a Beautiful Home, But it Doesn't Rank Higher than Being Able to Function in My Space." 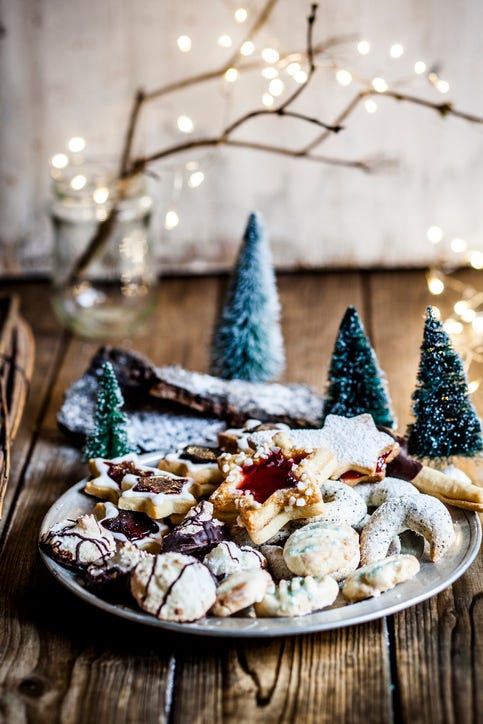 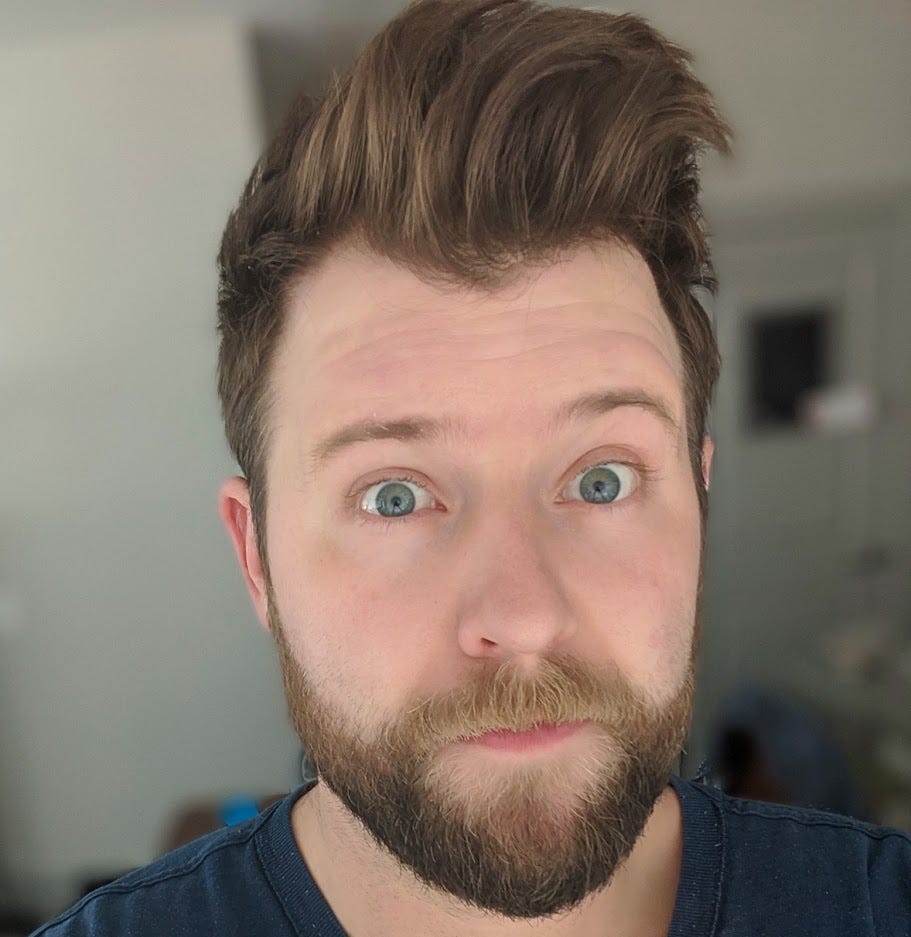 Can We Conquer Anti-Fat Bias? 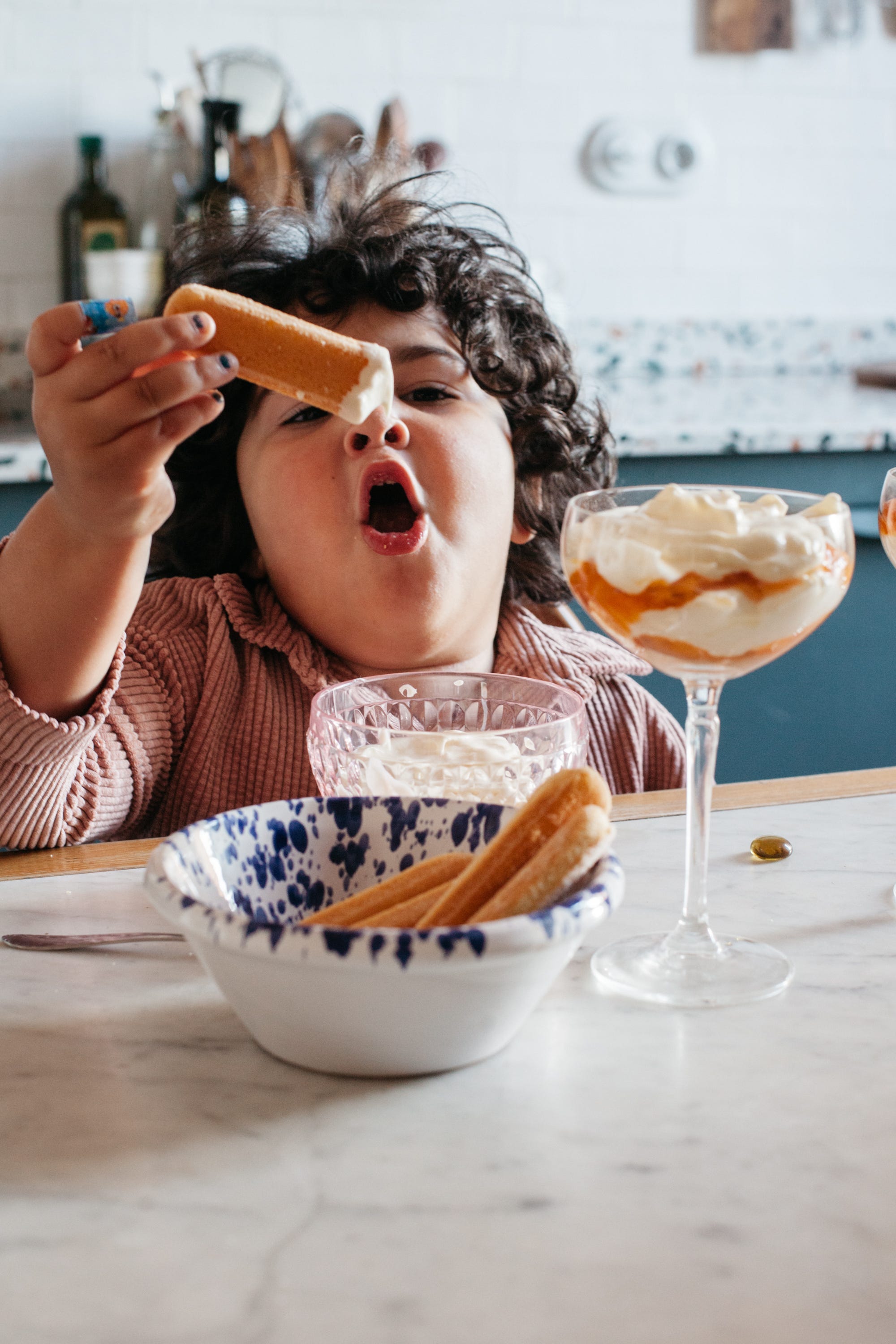 “The Assumption is I’m to Blame for How She Looks.” 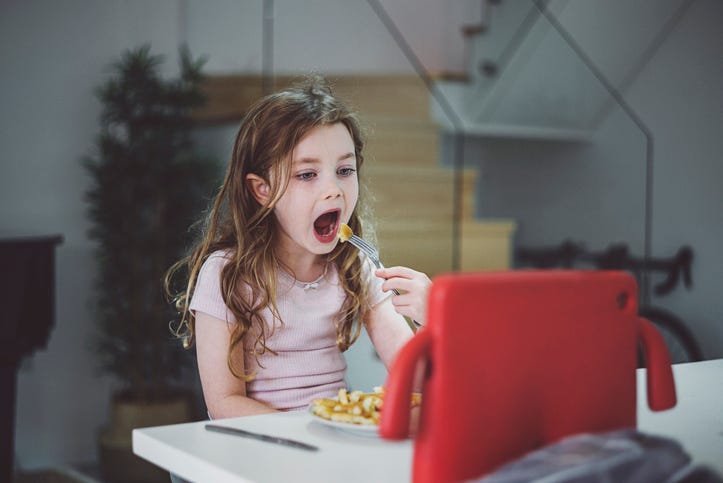 We Can Trust Neurodivergent Children About Their Bodies. 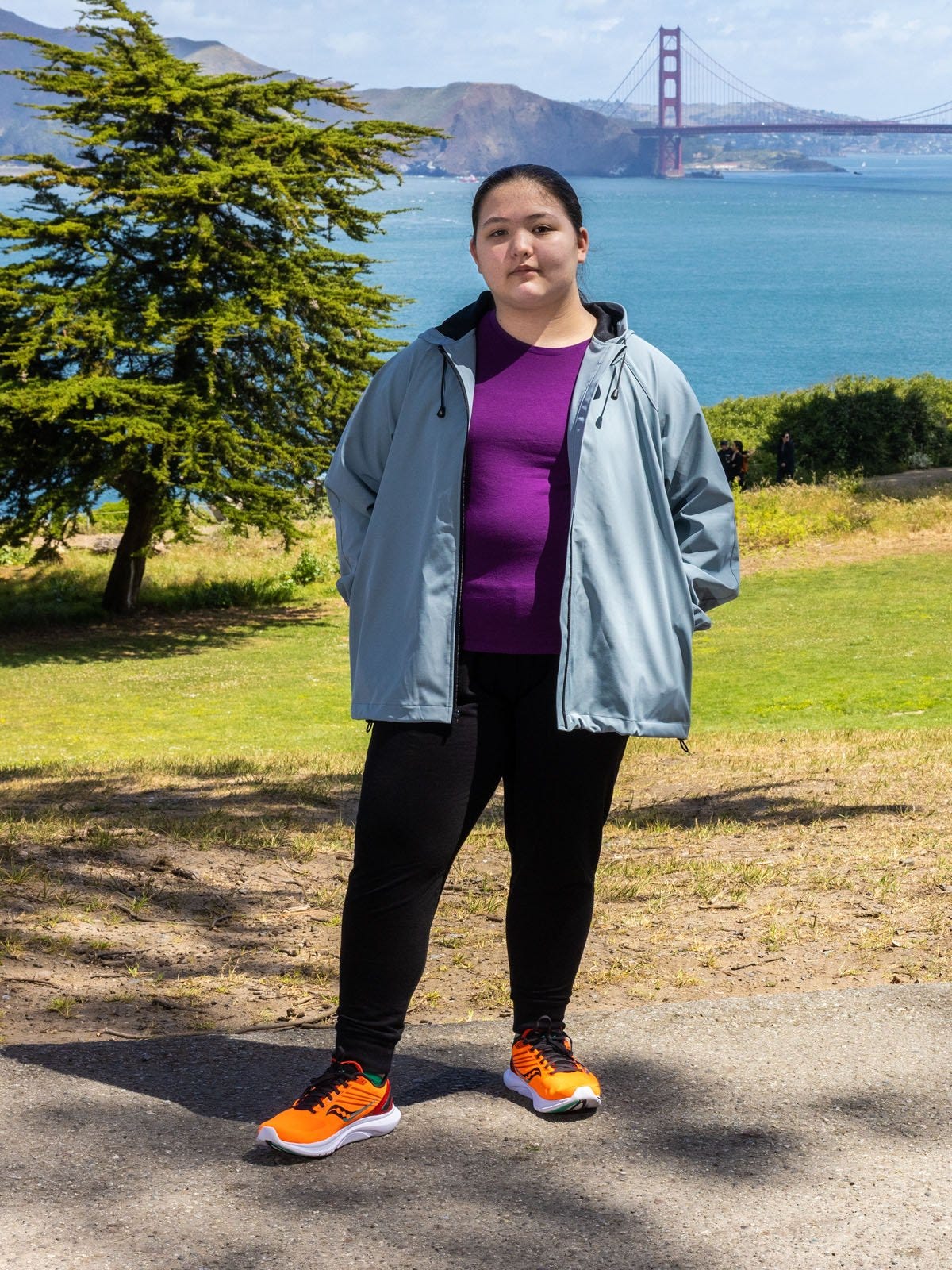 Where Are All the Plus Size Kids' Clothes? 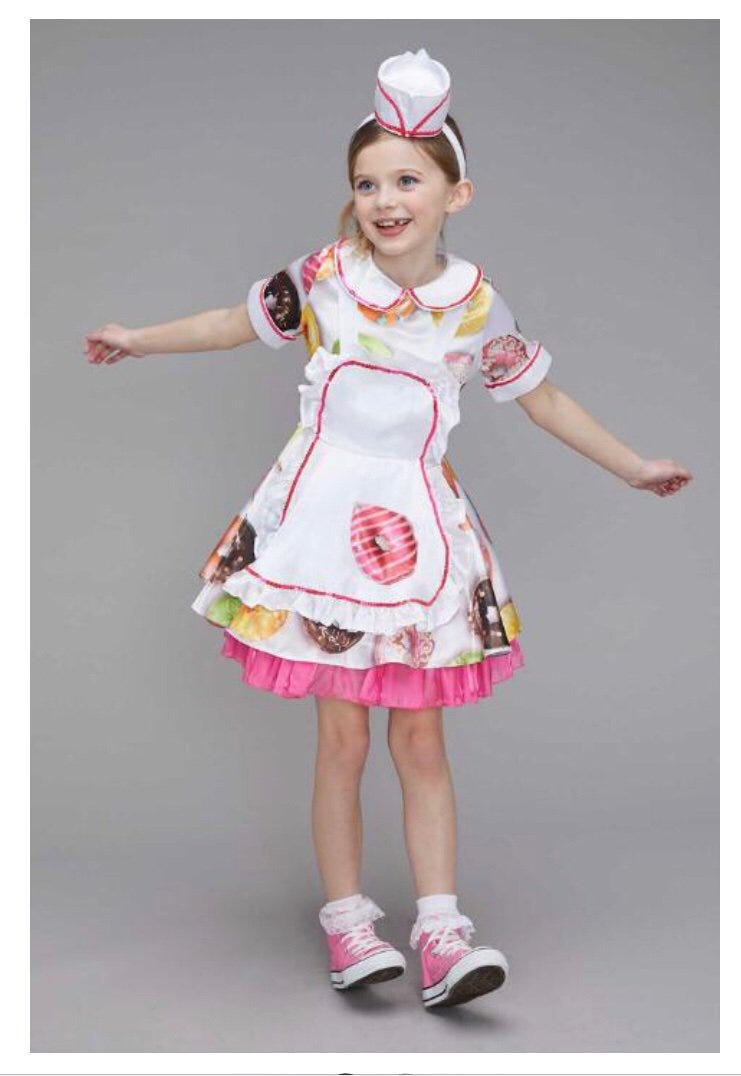 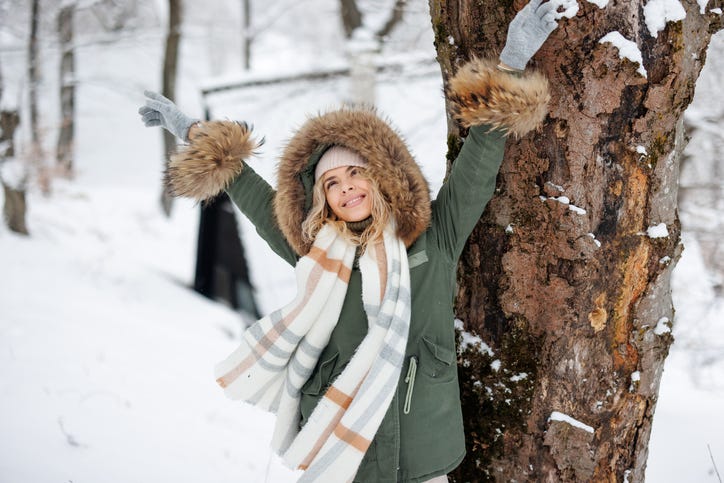 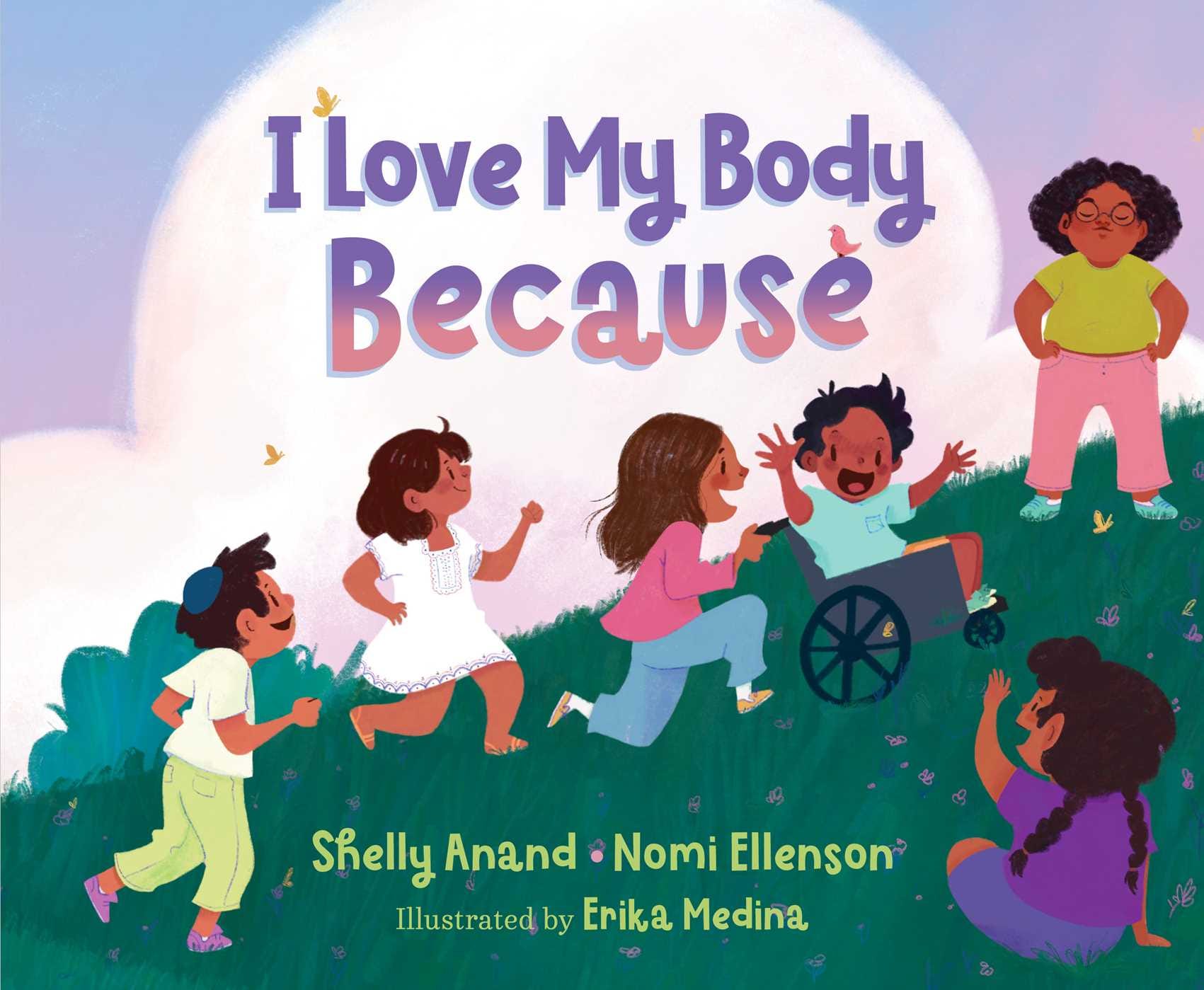 "My Daughter Now Asks Me: 'Why Are You Shaving Your Legs?'" 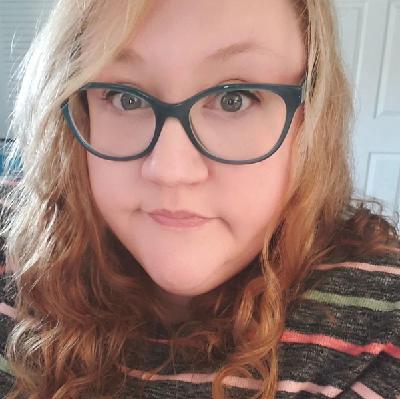 "I Sometimes Wonder What I Would Be Capable of if My Legs Didn’t Hurt." 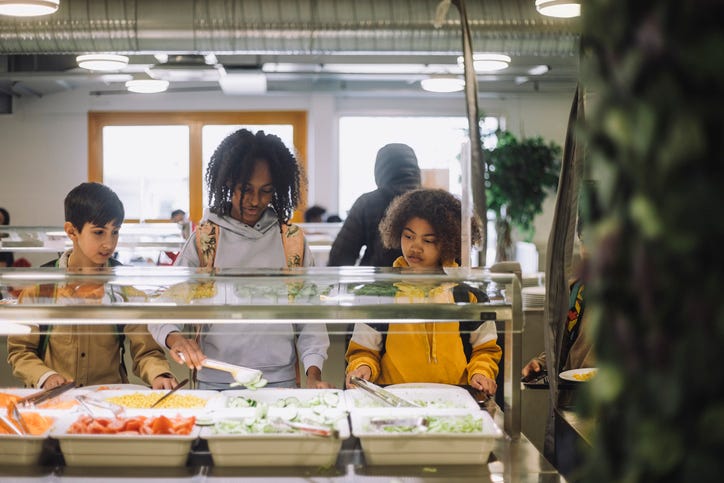 It's Time to Talk About School Lunch (Again) 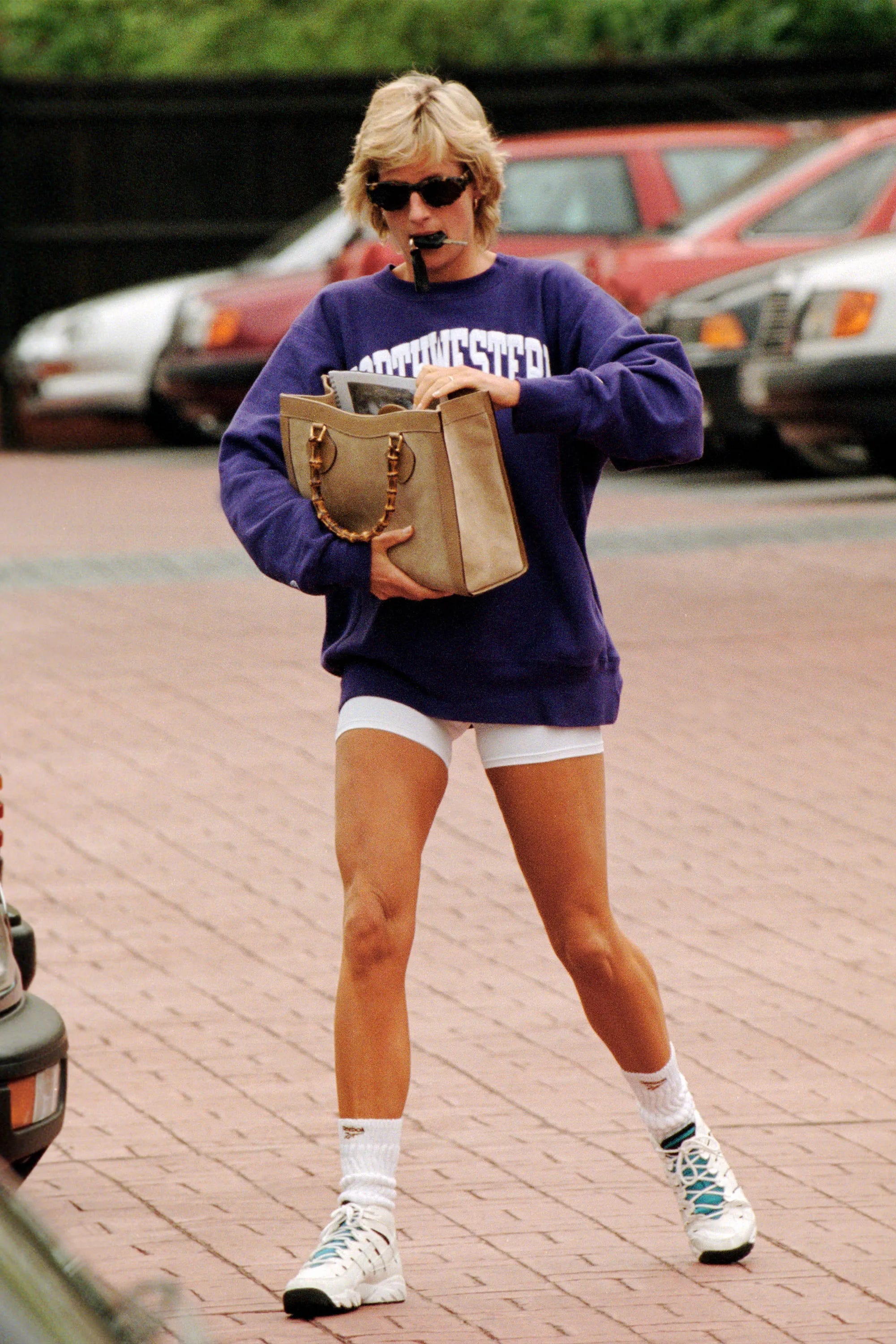 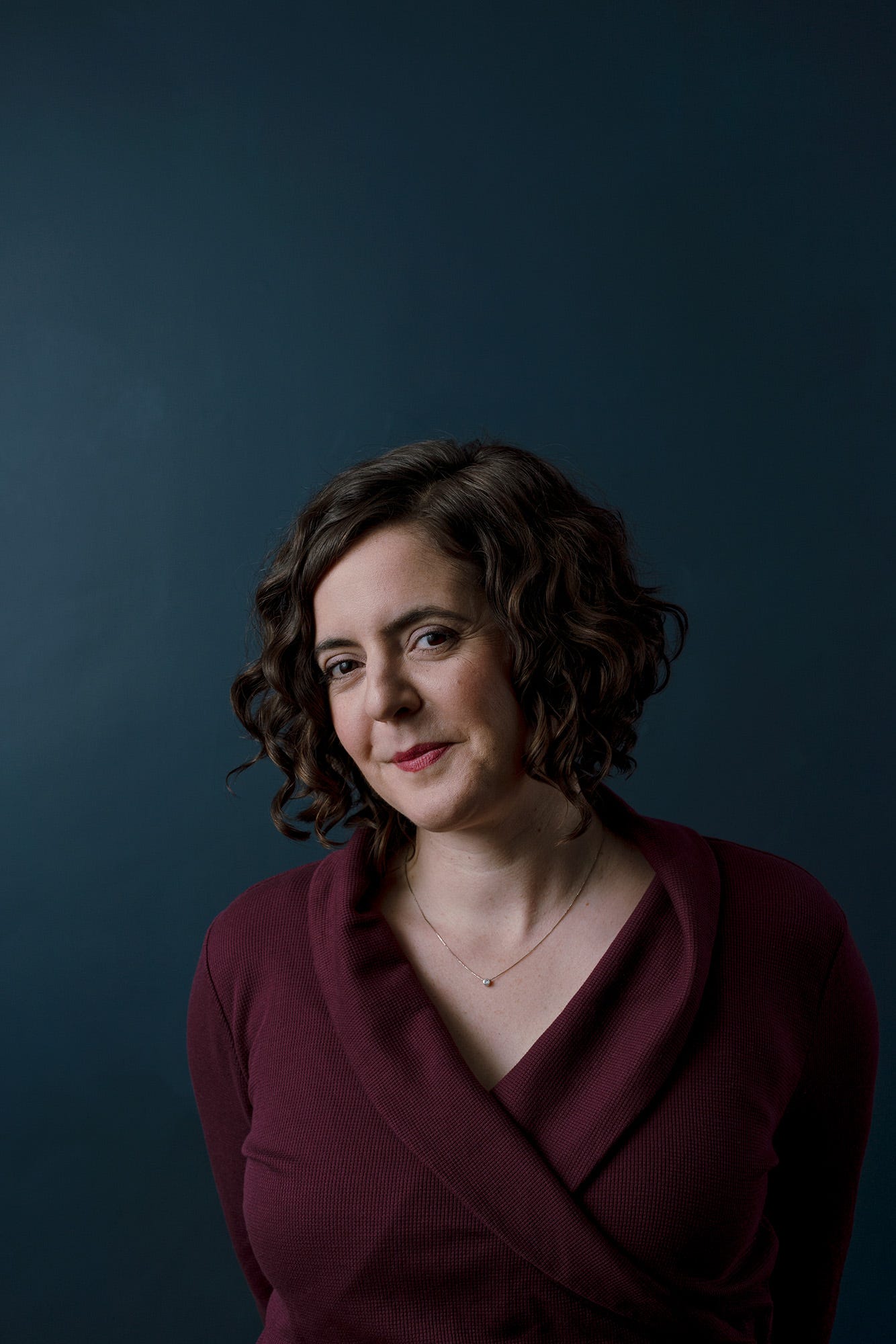 The Myth of the Maternal Instinct 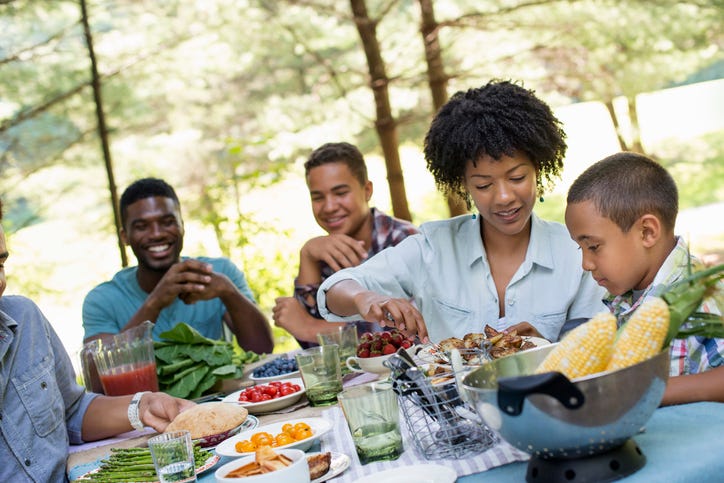 When Dieting Is the Family Business 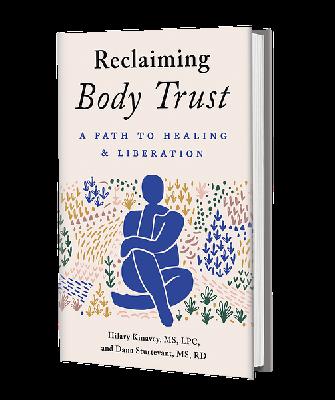