Brian, Blake, and Richard are back for an all-new episode of the Chasing Tone Podcast!

Richard has "Borrowed" a vintage 1963 Fender Stratocaster and he tells us about it - there are some surprising differences with modern Strats that he has uncovered so the guys chat about vintage guitars and that special magic they can exude.  This also leads on to a fascinating and enlightening discussion about switch positions and Brian refuses to listen to Richard's utterly flawed logical fallacies so gets hard evidence to finally prove Richard is indeed a massive fool.

Brian wants a giant tractor and a private plane and a plot is hatched to make this happen...maybe...ok it got silly real quick.  There was a massive tribute concert to Taylor Hawkins and the guys chat about it - it was emotional, and there were guitars involved. There was also a very special performance from Wolfgang Van Halen and it pleased the guys greatly.

Brian has serpentine problems in the shape of a water snake and the guys ponder over potential solutions to this problem which is consuming the fishery livestock of Martinsville. Richard is concerned about the barbarism in Brian's approach to despatching his unwanted guest so explores alternatives.  Meanwhile, Blake introduces us to the king of the methedestrians while Brian admits that he has the brain of a small tree dwelling rodent...

Cheap holiday flings, Its just not cricket, Golden farm vehicles, Indiana Brian and the Temple of Tone, The ultimate amphibian dispatch unit, Kesha who?...it's all in this week's Chasing Tone!

We are on Patreon now too!
Support the show (https://www.patreon.com/chasingtonepodcast)

Support the show
Comments
In Channel

444 - What's the difference between an attenuator and a master volume box?

441 - A look back at our podcast journey - Bonus Episode 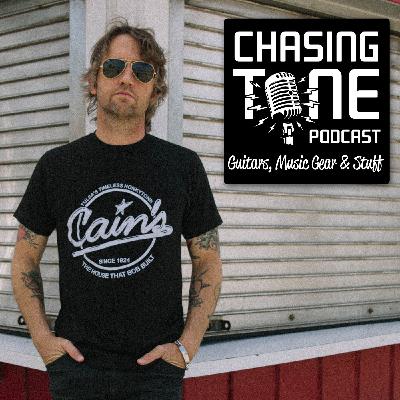 430 - Captain Through-hole and the Corksniffers of time