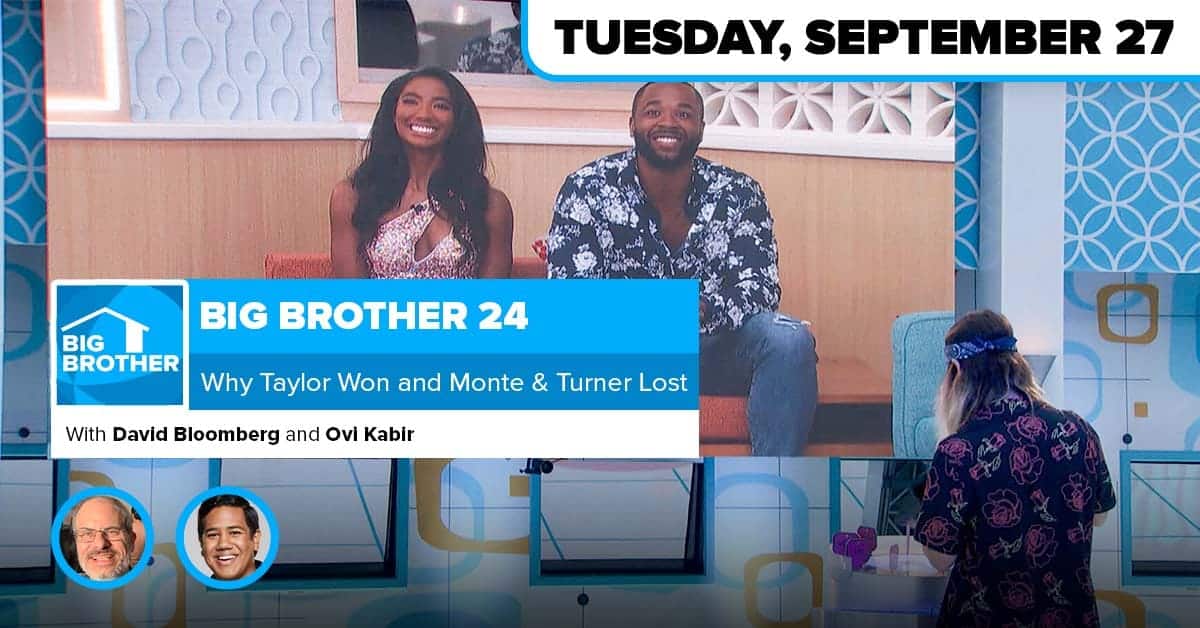 Taylor was Big Brother 24 target number one before they even knew each other’s names. But she survived and fought her way to the end, not by winning more comps like Monte and Turner did, but through her strategic play and social game. Players fell away one by one while she changed the minds of many others. David Bloomberg and Ovi Kabir examine the game play of all three finalists and the way that translated to their final placement. How did Taylor take over the narrative of a game that Monte and Turner believed would be based on the number of times they’d won a competition or made a Big Move? Why did Monte make his mistake of bringing her to Final 2? And how did she have such a decisive victory? David and Ovi answer all these questions and more as they figure out Why Taylor Won, and Monte & Turner Lost!