Ash brings us the story of Dolly Oesterreich and the murder of her husband Fred. When Fred was murdered late one summer night in the couple's home the police wondered if this was a burglary gone wrong. But they would soon learn they had always been closer to catching the killer than they realized. This is a tale of scorned lovers, deception, and lies but ultimately justice prevails.

Thank you to David White for research assistance.

Nugent, Addison. 2016. The Married Woman Who Kept Her Lover in the Attic. June 7. Accessed November 3, 2022. https://www.atlasobscura.com/articles/the-married-woman-who-kept-her-lover-in-the-attic.

2017. A Crime to Remember. Directed by Lisa Robinson. Produced by Christopher Dillon.

Wow, this whole time I was picturing Dolly as this super hot femme fatale... I just looked up her picture, and she most definitely is... not. 🤣

Episode 416: Theodore Durrant "The Demon in the Belfry" Part 2

Episode 415: Theodore Durrant "The Demon in the Belfry" Part 1

Episode 412: The Tragic history and hauntings of Kenyon College 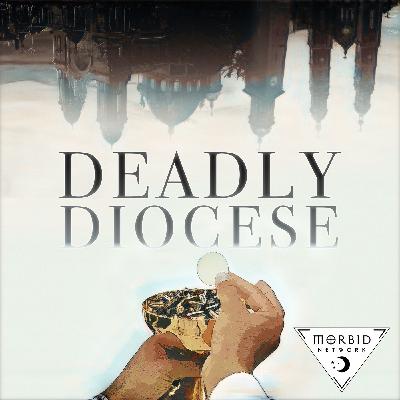