I've recorded over 500 podcasts since I launched this show, and I sleep easy at night knowing that if I ever erase them (which, I mean, is fairly likely. You know how I am with computers...), I have a backup, thanks to folks over at Backblaze!

They offer unlimited backups for both PCs and Macs for just $7/month! And it's super easy to do, even I was able to figure it out!

You can get a full-feature 15 day trial (with no credit card required!) at Backblaze.com/RTG. Check 'em out!

Final Fantasy VII is one of those games everyone knows. Maybe you haven't played it, but I'm willing to bet Gil to Materia that if you're listening to this episode, you know about this game. It's one of the most iconic, influential, and popular JRPGs ever made. So we decided to dedicate a second episode to it.

When we first covered FF7 back on episode 12, I was a little hard on it. I like the game just fine, but it's not in my top 3 Final Fantasies. And I think sometimes it gets just a little overhyped because of its impact on the industry. But since that episode, I've played quite a few RPGs, including Final Fantasy VII Remake,  and I've really grown to appreciate what this game did a lot more. I'm glad we're giving Cloud and friends another chance in the big chair, and I had a lot of fun recording this episode.

My childhood friend Daniel makes his return to the show this week, and we went in a little bit of a different direction for this episode. We still talked about our memories of the game and everything, but we really got into the characters, material system, and stuff like that, and kinda stayed away from the story and everything. If you're a Final Fantasy VII fan, I think you'll really enjoy this.

And before we talk Shinra, I get into another edition of the 'Remember The Game? Infamous Intro'!

This week, I share my opinion on the Rise of the TMNT animated series. Can the Steam Deck dethrone Nintendo as the go-to portable gaming device? And with the TMNT and Sonic collections right around the corner, what other retro gaming franchises would we like to see get a compilation re-release?

PLUS, we have another round of 'Play One, Remake One, Erase One', featuring three PlayStation RPGs: Legend of Dragoon, Suikoden II, and Vagrant Story. 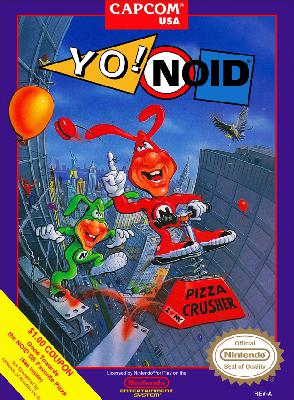