Richard Stanley is a South African filmmaker, known for his boundary-pushing work in the horror and science fiction genres. Stanley grew up in apartheid-era South Africa, studying anthropology and filming tribal dance and initiation rituals. In the 90s, he directed the horror features Hardware and Dust Devil. He was then famously fired from an adaptation of The Island of Dr. Moreau starring Marlon Brando and Val Kilmer after only three days on set, an event which later became the subject of the documentary, Lost Soul: The Doomed Journey of Richard Stanley’s Island of Dr. Moreau. Stanley went on to direct several documentaries and returned to narrative film in 2019 with Color Out of Space starring Nicolas Cage. Richard Stanley and Alec discuss Stanley’s upbringing in South Africa, what it’s like directing Marlon Brando and his biggest regrets from the failed Moreau production.

Alec is a killer who belongs behind bars. Lock his liberal ass up!

Curt Smith on TEARS FOR FEARS and their Enduring Sound

Liev Schreiber on BlueCheck and Aid to Ukraine

Jeopardy! Champion Amy Schneider Wins By Being Herself

Attorneys Susan Church and Renate Lunn Represent the Most Vulnerable

Love on the Spectrum: Autism & Dating

Dr. David Starkey: A Boswell in the House of Windsor

Cheryl Hines Knows How to Improvise 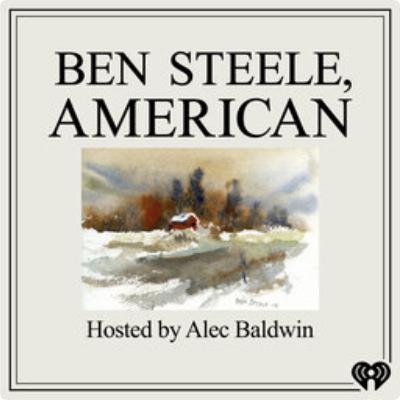 Introducing: Ben Steele, American - Episode 8: The Last Guy Out of the Gate