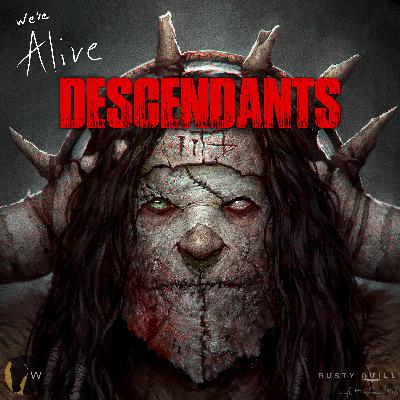 From Kc Wayland and Wayland Productions comes "We’re Alive: Descendants", the sequel series to the award-winning audio drama We’re Alive. Set 18 years after the original Story of Survival, Descendants tells the tale of a generation forced to grow up in the post-apocalypse. Zombie-like creatures called “Infected” have evolved into new deadly varieties, and humanity’s efforts to reclaim their lost civilization have put us in conflict with our greatest enemy: Ourselves. Now the countdown begins as the children of the survivors work to make sense of this deadly new world before it consumes them and everything they know and love.

We’re Alive: Descendants is created and produced by Wayland Productions and executive produced by Rusty Quill. Chapter One premieres on April 5th and new parts will be released weekly, with a week off between chapters. Available wherever you get your podcasts.